Supporters of abortion rights are calling on Congress to pass a federal law that protects the right to abortion after Politico published a draft of a Supreme Court majority opinion that would overturn Roe v. Wade.

Overturning Roe, the 1973 landmark ruling that recognized the constitutional right to an abortion, would allow each state to set its laws regarding abortion access.

“This morning Biden said ‘it will fall on voters to elect pro-choice officials this November,’” reads one May 4 Facebook post. “The Democrats control the Senate, House, & WH. They have the power to make legal abortion the law of the land once and for all. Instead, they treat women’s rights like a bargaining chip.”

The post was flagged as part of Facebook’s efforts to combat false news and misinformation on its News Feed.

“If the Court does overturn Roe, it will fall on our nation’s elected officials at all levels of government to protect a woman’s right to choose,” Biden said. “And it will fall on voters to elect pro-choice officials this November. At the federal level, we will need more pro-choice Senators and a pro-choice majority in the House to adopt legislation that codifies Roe, which I will work to pass and sign into law.”

Democrats currently control the House, Senate, and the White House. That power has significant limits, however, and Biden has a point when he says Democrats will need more members of Congress who support abortion rights to enact a federal law protecting those rights.

The House of Representatives is made up of 435 members. There are 221 Democrats and 209 Republicans. (There are five vacant seats due to deaths and resignations.)

In the 100-member Senate, Republicans hold 50 seats, Democrats hold 48 seats, and the final two seats are held by independents who caucus and often vote in line with Democratic legislators.

Vice President Kamala Harris has the constitutional authority to vote when the Senate is evenly divided and can cast the tie-breaking vote for Democrats when needed.

However, under longstanding Senate procedure, Democrats need more than a simple majority to pass legislation that codifies Roe into law.

Why isn’t a simple majority enough to enact abortion access?

In September 2021, fearing the Supreme Court might overturn Roe, the House passed legislation that would codify abortion rights protections. That bill, called the Women’s Health Protection Act, would prohibit “governmental restrictions on the provision of, and access to, abortion services,” according to the bill summary.

Support for the bill fell largely along party lines, with 218 Democrats voting in favor and one Democrat, Henry Cuellar of Texas, and 210 Republicans voting against.

Democrats have a narrow majority in the Senate. But the Senate is where things more commonly grind to a halt.

To pass most legislation, 60 Senate votes are required. Why?

Because of the filibuster, which essentially allows legislation to be blocked by a minority of 41 senators. The filibuster is a “loosely defined term for action designed to prolong debate and delay or prevent a vote on a bill, resolution, amendment, or other debatable question,” according to the Senate’s website.

Before 1917, there was no way for senators to end debate and force a vote on a measure, meaning members of the minority party could block legislation indefinitely. In 1917, the Senate adopted a rule that allowed a two-thirds majority — or 67 senators — to end a filibuster via a procedure known as “cloture.” The rules changed again in 1975 to only require 60 votes for cloture.

Since then, senators have created a few carve-outs for the filibuster. The executive branch and judicial confirmations require only 51 votes, and budget reconciliation rules now allow a simple majority to pass fiscal-related bills that follow a congressionally passed budget blueprint.

All this means that Democrats, whose total Senate votes fall short of 60 even when the caucus is united, do not have the power to pass legislation that would make abortion legal nationwide. And Democratic senators aren’t exactly united in their stance on abortion.

Sen. Joe Manchin of West Virginia and Sen. Bob Casey of Pennsylvania — both Democrats — describe themselves as “pro-life,” and it is unclear whether they’d support legislation to codify Roe.

(In February, Casey voted to allow debate on the Women’s Health Protection Act, but also noted his work to prevent unintended pregnancies and abortions. Manchin voted not to allow debate, alongside Senate Republicans.)

Technically, Democrats could change the Senate’s rules to allow them to pass a bill that would protect abortion access with a simple 51-vote majority.

However, both Manchin and Sen. Kyrsten Sinema, D-Ariz., have said they do not support plans to change the rules and eliminate the filibuster, Axios reported after the draft opinion became public.

The Senate is scheduled to vote on May 11 on advancing the Women’s Health Protection Act.

That effort is expected to fail because Democrats don’t have enough votes. 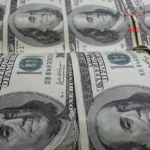 Concerned about the lack of dollars, the Government seeks a hand from the IMF
Next Article 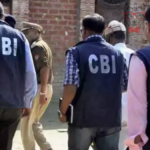