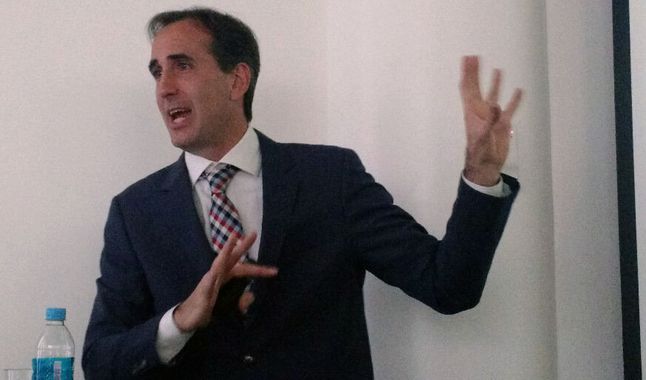 Pfizer has formed a strategic alliance with Biopharmaceutical New Technologies ( BioNTech ), a German company, expert and pioneer in state- of-the-art immunotherapy , which uses mRNA technology , with the aim of producing, implementing and developing in the clinical field a vaccine against Covid- 19 .

What is the experience compared to other epidemics or viruses?

This consortium has been working for two years to develop an influenza vaccine , the flu that occurs every year. When this virus , SARS-COV2 , appeared , we quickly studied it, and now, after some agreements, we have already begun our scientific work against this disease. It is actually the first time that the entire pharmaceutical industry in the world is working together against a pandemic.

Do you already know the genome of the virus to develop the vaccine?

Exactly. There has been collaboration from the entire community in this regard. The virus appeared on December 31, and 30 days later, Chinese researchers analyzed it, and all the information was made publicly available to all researchers in the world to know. And today, for today, not only Pfizer but other companies and academies worldwide know the genetic information of the virus and based on it they are putting all their effort to develop products to combat it. And that is the way, a joint effort in the face of evil.

What is the vaccine mRNA technology that you will develop?

Faced with this new coronavirus, we use innovative technology . The mRNA (version of ribonucleic acid -RNA- that carries the genetic code to which the word “m” is added to indicate that it is a messenger) is a signal that viruses use to produce a protein. Knowing the RNA of the virus, one can, through a computer and engineering system, copy that signal and manufacture part of that genetic information in what is called mRNA, which carries that mRNA through a transport delivery structure. , and this is how the vaccine is formed. Once that mRNA enters the human body, it is introduced into the human cell and uses the normal production mechanism that we all have to generate that protein, which in particular is identical to that of the virus in such a way that that protein it has the virus that arrives by means of an mRNA goes out to the blood and the immune system when recognizing it generates antibodies that try to eliminate that protein. That is, it prepares the body to respond to the virus in a healthy way. This sounds a bit like science fiction has three important factors :

1 . You don’t have to manipulate the virus . Only the genetic information of the virus is copied, so there is no possibility that the vaccine causes any (collateral) disease.

2. By handling only the genetic information, the researcher saves a lot of time in what is the preclinical stage, as far as trials with human beings are concerned , aided by computer models and genetic engineering.

3. I also work with regulatory authorities such as the World Health Organization , the Food and Drug Administration ( FDA ) in the United States and with the European Union to find the most effective pattern for the approval of the vaccine that is more suitable to combat this new coronavirus

Every time the virus enters the respiratory tract, will the vaccine be injectable, spray or drops? How long would a person remain immune?

It is an excellent question. In all the ones you have mentioned there are advantages and disadvantages. But in reality, the ideal route of administration is intramuscular , because below the submuscular layer, there are cells called macrophages that are responsible for multiplying the immune response to a foreign cell that we doctors call antigen. As for the duration of the immunization, we still do not know for sure, that condition is still under study. But it is necessary to highlight something, that like no other time in history you already have a vaccine in development to fight a virus, and in a year or so, perhaps you will have something very effective to fight Covid-19 .

What stage of the vaccine development is the Pfizer project at?

We are in phase 1, the clinic. Faced with an extraordinary situation, due to the evident effects of the pandemic, we work in all stages in a fast and staggered manner, and in them keeping safety and complying with the corresponding protocols.

In Europe, studies begin in late April and in the United States in the first week of May. It is already the phase in humans, then the results are presented to the corresponding authorities for their respective rigorous analysis, and if this is the case, authorization will come for the production phase of the vaccine . This vaccine is designed to be tested in adults over 18 years of age.

How would its production and distribution be carried out? Which countries will be responsible for producing and marketing the vaccine?

The messenger mRNA technology, apart from allowing us to quickly move from the preclinical phase to the clinical phase, makes it possible to replicate the vaccine in large quantities and on a large scale, since it is a very simple molecule, so that the demand for all the world. We think that by the end of this year we should have millions of vaccines lists and much more in the first quarter of 2021. Production will be parallel to the development of clinical studies.

If effective, how will the vaccine be delivered to all affected countries and people?

The commitment that Pfizer and the consortium have is that we will be able to distribute the vaccines worldwide, not that some first and then others. Work is being done with all international organizations in such a way that the vaccine reaches all the countries that need it in due course.

In addition to the vaccine, do you analyze any other product for the treatment of people already affected by Covid-19?

In the case of treatment, Pfizer is working on the development of a specific antiviral molecule for SARS COV2 (new coronavirus). Work had begun for the previous viruses (SARS 2002 and MERS) whose programs had been stopped, but with the appearance of this new coronavirus they were resumed. We have just finished the laboratory tests showing that there is a protein called protease that works as an inhibitor to the virus and thank God at the end of the last quarter of this year the clinical studies have been completed (and we will move on to another phase).

In Italy, together with another group of researchers, we are also analyzing another molecule that is used for autoimmune diseases. We await the results. Beyond these we also see other tests such as those for azithromycin . We also have a research division, which works with UK universities. We have a range of research for the prevention and treatment of those affected by Covid-19 in which we collaborate with various international institutions. Pfizer, in this sense, contributes not only with economic resources and infrastructure, but also with personnel on various scientific fronts, to help people face this evil.

Confinement in the absence of vaccine

How important are isolation and social distance in the absence of a vaccine?

Without vaccine and without any treatment that is not yet known and that is effective, the only tool and mechanism that we have is that it is the responsibility of each one of us for social distancing and personal hygiene . Keep in mind that this is a very contagious virus, but that we look for it when contacting other people. The coronavirus does not live in the air, it is the people who transport it, that is why it is so important that we keep that meter and a half or two of distance between people when we are on the street or in any other public place. Then try to wash our hands with soap and water, as many times as possible during the day or, in any case, use gel alcohol for the hands.

Also in some countries the use of a mask ( mask ) is mandatory , even homemade, although this may not be a 100 percent effective barrier, it will somehow prevent the insemination of the virus from a person who does not know that carries the virus (presymptomatic) and we must also follow the measures of confinement , all these provisions are very important to deal with this pandemic.

And from a public health point of view, people who have symptoms must be tested quickly and then isolated so that they do not transmit the disease, to avoid the chain of transmission and contagion. Also at some point you will have to use tests to determine the antibodies, to know if we had contact with the virus . It is necessary to have the data of how much of humanity has already been exposed to the virus, since there are millions of people (in the world) who carry the disease with very mild symptoms, since in the end an average of 3% develops a very serious disease due to the Covid-19That is why knowing who was exposed will allow us to better prepare ourselves for what would be a second wave of the pandemic .

In conclusion, we must be very strict in complying with social isolation .

Why is China excluded from the distribution of the possible vaccine?

There is nothing discriminatory against China . It is that BioNTech already has another project signed with a company in that country, so there the market is supplied by calling it that in some way. In other words, the vaccine can come from two sides.

Right now, in the world, there are more than 70 projects. Some have already started, others are about to start. In the best scenario we will have 70 different vaccines . As humanity, there are many things that this virus has: it is contagious, it produces a serious disease in the elderly or with risk factors , but there is something fundamental: solidarity and teamwork that is being observed in society. I think that is what will take us to turn the page of this whole episode.

There is a slogan that Pfizer has, science will win, which means that working with serious, scientific, methodologically rigorous data we will obtain the solution for a problem that is affecting many people, that all this, as well as the deaths of Thousands of people, which is very regrettable and important globally, must also see the economic and social impact on the entire planet. 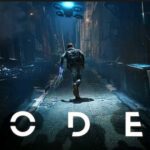 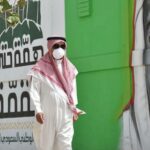