The Christmas spirit is present in every market in its own special way. It’s worth giving in to its enchantment with its stalls, lights, characteristic delicacies, bloated squares, a wide range of fragrances, and, in most cases, intriguing history. You never leave them unsatisfied.

Its origins are murky, but it’s possible that they were made so people could gather in a toasty place when winter came. Thousands of people strolled by, merry with plans to buy, telling tales, laughing, and shouting among the sweet aromas of the various sugar pastes and marzipan, those fruits, in seductive imitation, figures of all kinds, animals, and people, all resplendent in brilliant colours, smiling at the eager spectators.

On top of that, the traditional artisan market is only a few metres away at the Plaza de Santa Cruz, right in the middle of the Austrias. In the area of the cathedral in Barcelona is a market called Fira de Santa Llcia, where the caganers, traditional Catalan figures, are the main attraction. To each city, its founders have bestowed the characteristics that set it apart from others.

When seeing the remainder of Europe, though, we shouldn’t skip out on visiting some of the cities that are home to the most endearing marketplaces. Usually, they stay open until the first week of the new year. From here, we recommend going on a tour of the most scenic or classic areas. Some of these will look like they were lifted straight from a book and the mere sight will transport us to a time when the streets were alive with the aromas of cinnamon, ginger, hot wine, and roasted chestnuts.

Get away for New Year’s Eve and let yourself get infected by their passion while sampling their delicacies and purchasing some of their homemade items.

The Stockholm Square, or Stortorget (Sweden) 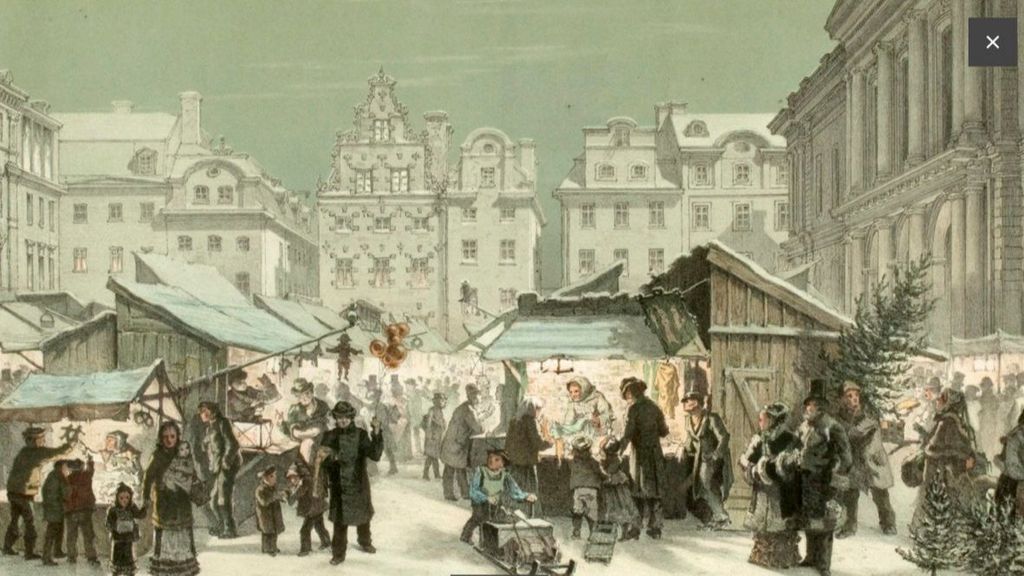 This Christmas market, located in Stockholm’s old town, has a somewhat mediaeval feel. There are 41 different vendors selling anything from sausages to venison to mulled wine to cotton candy to unique ironwork and handicrafts. As the oldest in Sweden, it also ranks high on the list of must-see destinations in the rest of Europe. Stortorget is a little plaza with a lyrical and personal atmosphere. The charming, historically significant, and well kept homes in the area further add to its charm and beauty. After Christian II of Denmark invaded Sweden in November 1520, certain incidents here were just as spectacular as the Stockholm massacre. Since mediaeval times, commerce in Sweden has developed, and with that development came the market.

Swedish author Astrid Lindgren, creator of the literary character Pippi Longstocking, captures the spirit of the market in a novel based on the true story of Kajsa Kavat, a little girl who helped her grandmother sell children’s comics at the Christmas market. The author paints a realistic picture of the snow crunching under Kajsa’s straw sandals or how the cold makes her breath rise like smoke from her mouth. 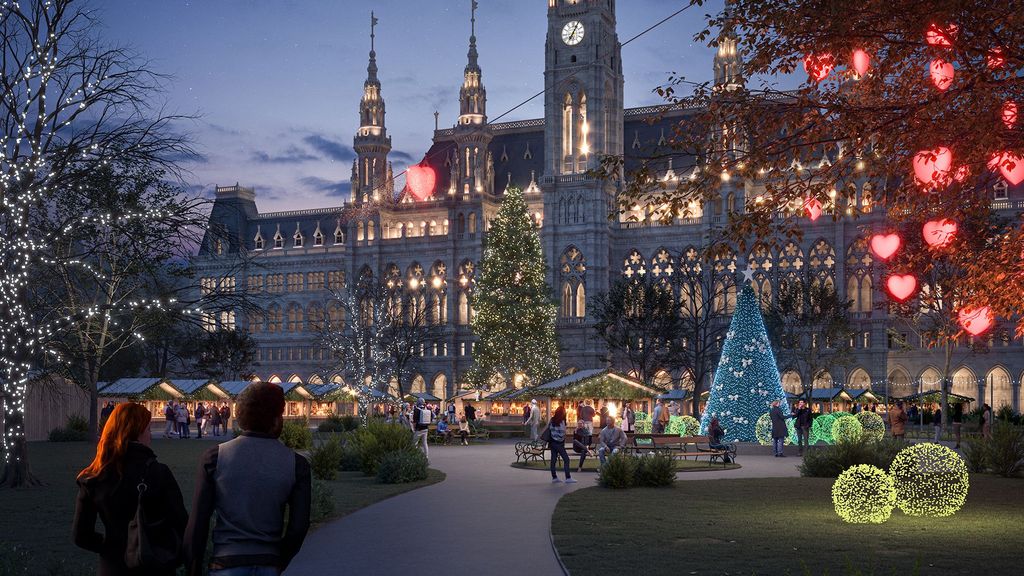 On addition to the traditional New Year’s Concert performed by the Vienna Philharmonic Orchestra on January 1st morning, this imperial city hosts a sustainable flea market in its Rathausplatz area. This year, in an effort to conserve energy, the 28-foot-tall tree is illuminated for one hour shorter than usual, despite being adorned with 1,650 LED lights. In addition, the municipal council hoped the light would serve as a symbol of peace and optimism amidst the current turmoil in Ukraine. Located in front of Vienna’s City Hall, it prides itself on selling only organic food and drink.

Especially lovely in this densely populated city is the two-story, hand-painted merry-go-round that plays organ-grinder music and animates the traditional craft stalls or the park decked with fairy tales that inspire you to enjoy the fantasy of Christmas. 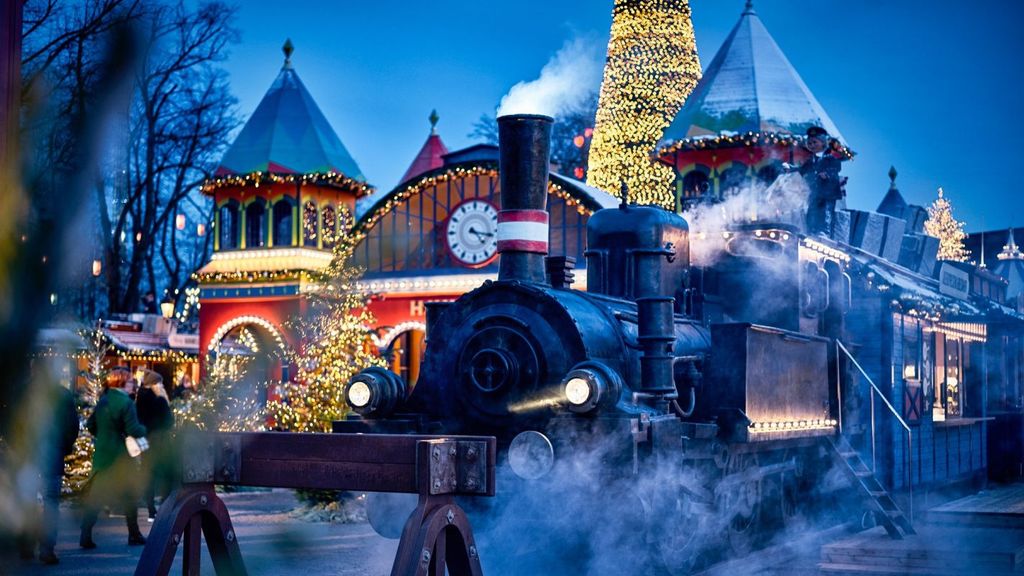 Indulge in some hygge, a uniquely Danish term that sums up the highest human happiness, and get into the holiday mood at its market. Although it’s an attitude, it’s the mental counterpart of feeling toasty on chilly evenings. Spend some time unwinding at Tivoli Gardens, where you may get lost in the enchantment of its millions of lights and the scent of its fragrant fir trees while enjoying some classic Danish breads and pastries.

At Tivoli, you must try the aebleskiver, a type of doughnut that seems extremely firm but is actually very light and fluffy. With some jam and powdered sugar, they become irresistible. A calorie bomb, but soul-warmingly delicious when paired with a glass of glogg, a fragrant mulled wine that’s perfect for winter’s sub-zero conditions.

4. At the office of Mihai Viteazul in Craiova (Romania) 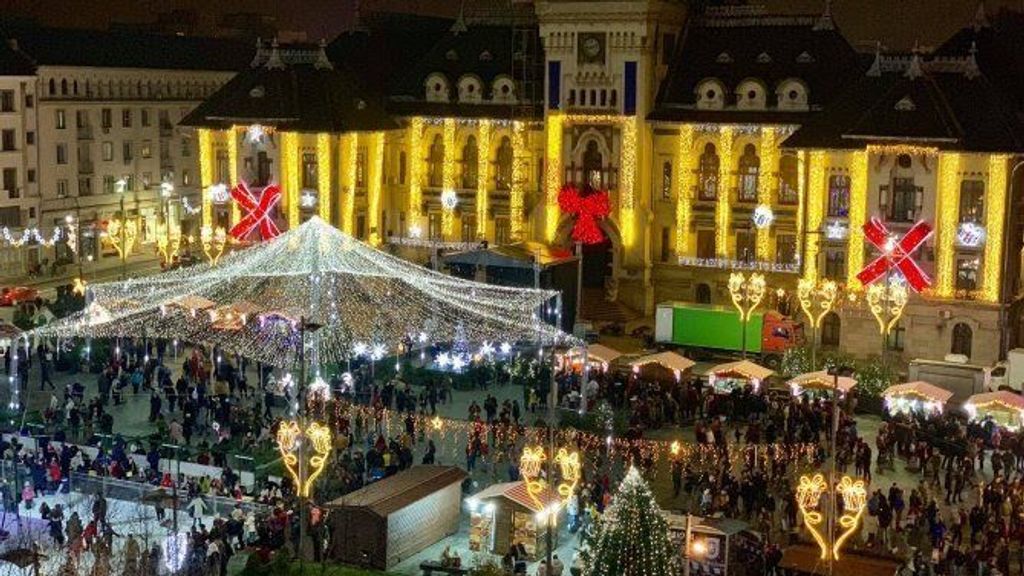 The most well-attended Romanian Christmas market is hosted in this square, which honours Michael the Brave, a revered national hero. It is central to the Transylvanian capital, next to the Szeky and Urania Palaces. To put it simply, it’s on the list of the world’s most endearing Christmas markets. The City Council schedules afternoon concerts so that tourists may relax with their cotton candy or cinnamon-spiked mulled wine while listening to live music. Twenty-five painted homes, each with its own tale, surround the booths and add the most attractive touch. Finding genuine costume jewellery and crafts does not need much digging. Prague is a great getaway any time of year, but Christmas is a particularly festive time to visit and take in the city’s festively lit streets, storefront displays, and outdoor markets, where you can stock up on cheap holiday treats, decorations, and more.

The one in the Old Town Square stands out for its clarity, what with the cathedral’s front poking out from behind the buildings and the Town Hall, erected in the 16th century and known for its mediaeval astronomical clock by master watchmaker Hanu s. The square’s classic market vibe is irresistible because to the abundance of charming wooden toys, music boxes, and puppets for sale. Especially when viewed from the Town Hall’s observation deck, the scene is breathtaking at night. Why is Avatar The Way of Water 2022 Threatened With Boycott?
Next Article