While voting for the 2018 Referendum is taking place, many users created funny memes on Facebook that soon became viral.

The ‘trolls’ did it once more. In the course of today the voting for the Referendum 2018 is taking place, that is why, there was no lack of funny memes that have gone viral on Facebook and that, without a doubt, will bring you more than a smile.

It is worth remembering that this measure is being carried out because in the last message to the nation, President Martín Vizcarra announced to all citizens that four issues will be addressed: the reelection of the National Council of Magistrates, re-election of congressmen, private financing of parties and the bicamerality.

In social networks many users have urged all Peruvians to bounce in the following way: “Yes, yes, yes and no”. The funny thing about all this is that, for this to be in everyone’s mind, they have used funny images that highlight these options to vote in the 2018 Referendum.

For example, there are photographs where they put several beers, where they appear well-known brands of beers to which the “yes” is given, and at the last, a “Corona” appears, where they place the “no.” They have even taken images with several superheroes, where the first three have the acceptance of the public, while the fourth, not

Likewise, one of the main characters of the Facebook memes is Martín Vizcarra, who appears as “Parao y no polo”. Undoubtedly, these images have pleased all the users of social networks, who have not hesitated to share it, because they are too funny. 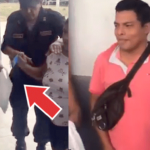 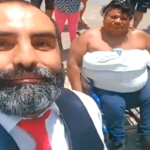