Mexico:- Talking about Jimena Sánchez is talking about so many topics at the same time, from her professionalism in the sports area, the great workload, her personal life, the incredible outfits she manages and of course being the example of a spectacular figure, not for nothing is he one of the most influential people in social networks .

Jimena Sánchez recently shared a photo that has been giving a lot to talk about, where with only a few hours, her popularity continues to increase and is that the host showed one of her new Lakers caps in collaboration with Space Jam , the new the film Looney Tuns and LeBron James, but it was not all in the photo because it used a pronounced cleavage.

The image of Jimena Sánchez is a close shot to see in more detail her cap in which Bugs Bunny, Taz and Marvin el Marciano appear together with the logo of the Los Angeles team. But at the same time the attention is caught in another achieve. What has made more than 55 thousand people have reacted in a good way to his excellent photography .

And although the questions and comments could have gone the other way, Jimena Sánchez’s fans have respected her image and have commented on her more about Olympic Games issues, some compliments and others about the film, mostly made by men but also women who have not missed the opportunity to let you know that it is their favorite.

The reality is that Jimena Sánchez is the owner of one of the most imposing natural figures in recent years in social networks, not for nothing more than 8 million people are aware of what the one born in Mexico City is still doing among the most important women in the networks for Mexico for beauty and sports issues, which is another area that dominates.

Jimena Sánchez in recent months has taken a turn in her way of handling her social networks, in addition to her attractive photographs and other topics that only concern her, she has also revealed her most loving side, and it is not a secret than the arrival of her current partner Tis Zombie, a French rapper who has complemented her. 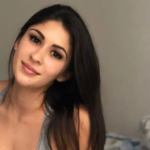 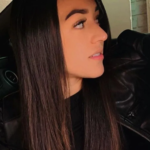