Aracely Ordaz, known as Gomita, underwent surgery again, but this time it was not aesthetic but to lose weight, this was announced by the driver on her social networks.

Through her Instagram stories and video on her TikTok account, Gomita shared some moments before and after her operation, which took place in Caracas, Venezuela.

In a video, the clown is observed at an airport with her passport in hand, while a message indicates that her mother did not want her to have an operation, but she ignored it and went to perform adapted gastric bypass surgery. In the same way, the YouTuber is seen lying on the bed posing with Dr. Henry García, who performed the operation.

As explained by Gomita herself, the surgery was performed six days ago with the purpose of losing 25 kilos that she has more. 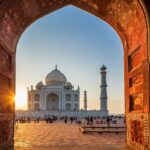