Green tea is a popular drink in Chinese medicine as it has some properties that safeguard certain health benefits.

Green tea is a delicious drink that in recent years has regained more popularity than ever as it is an option that goes perfectly for breakfast or at any meal time in which you want to accompany the recipes with a good sip of flavor, which can also be beneficial for health, since much has been said about the possible benefits of this iconic preparation.

This drink is made up of many antioxidants and nutrients with great effects on the body. According to Healthline, some of these effects include improved brain function, fat loss, a decreased risk of cancer, and many other impressive benefits.

With the following information you will be able to know five properties naturally that are backed by some studies that have been done on green tea and that are interesting, because the characteristics that they protect through their great flavor can be used easily. If you are a lover of this type of tea , we are sure that the following data will surprise you.

5 benefits and properties of green tea

The aforementioned medium specialized in health and nutrition issues indicated that green tea is used for many more things than just staying awake, it can improve intelligence and brain function. This is because the key active ingredient is caffeine, which is known as a stimulant.

It is worth mentioning that it does not contain as much caffeine as coffee , however, it is enough to produce a response without causing the nervous effect associated with the intake of said substance.

Could lower the risk of cancer

It’s an excellent source of antioxidants, so it makes sense that it could reduce the risk of breast, prostate, and colorectal cancer. Several observational studies have shown that people who drink it are less likely to develop some very serious cancers.

Reduces the risk of degenerative diseases

Alzheimer’s and Parkinson’s are diseases that significantly affect the body’s capabilities, it is believed that this drink could act as a protector in neurons, which potentially reduces the risk of suffering from them. Although the first studies have been carried out on animals, the findings are impressive, but more research is still needed to support its effectiveness.

Some studies have shown that they can kill bacteria and inhibit viruses such as influenza, which lowers the risk of infection. Green tea consumption is associated with improvements in dental health and a decreased risk of tooth decay.

Reduce the risk of cardiovascular disease or obesity

Green tea has been shown to lower total and LDL cholesterol, and protect LDL particles from oxidation. Observational studies show that people who consume this type of tea have a lower risk of cardiovascular disease.

It also produces an increase in weight loss. It could be effective in reducing dangerous abdominal fat if included in a healthy diet guided by a specialist.

It is worth mentioning that according to a report by the International Institute for Sustainable Development, tea is the second most consumed beverage in the world, after water. It is also a popular drink in traditional Chinese medicine that over the years transcended gastronomy as it is considered a healthy drink that can be enjoyed at any time of the day.

Now that you know its probable health benefits , it is important to remember that when you want to include this type of preparation for a health issue, it is best to consult a specialist doctor about the best way to ingest it responsibly. 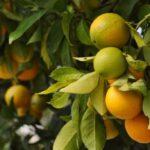