The study in mice is aimed at stimulating the production of antibodies that can neutralize, in addition to SARS-CoV-2, a wide range of other coronaviruses (EFE / Photo courtesy of NIAID-RML)

A team of researchers from the University of Osaka, Japan, put into practice a vaccination strategy in the laboratory that, they say, could prevent eventual pandemics due to new coronaviruses.

The study was carried out in mice and is aimed at stimulating the production of antibodies that can neutralize, in addition to SARS-CoV-2, a wide range of other coronaviruses.

If successfully translated into humans, the approach could lead to the development of a next-generation vaccine capable of preventing future coronavirus pandemics, according to the study published Oct. 8 in the Journal of Experimental Medicine.

The SARS-CoV-2 virus responsible for COVID-19 enters human cells by using its spike protein to bind to a cell surface receptor called ACE2. The spike protein receptor-binding domain consists of two parts, a “core” region that is very similar in all coronaviruses, and a more specialized “head” region that mediates binding to ACE2.

Antibodies that recognize the head region of the spike receptor-binding domain can block SARS-CoV-2 from entering cells but offer little protection against other coronaviruses, such as the SARS-CoV-1 virus responsible for the outbreak. of severe acute respiratory syndrome that was detected in 2002.

“This suggests that, although the generation of broadly neutralizing antibodies is possible, SARS-CoV-2 infection and current vaccines are unlikely to provide protection against the emergence of new SARS-related viruses”, said Professor Tomohiro Kurosaki of WPI Immunology Frontier Research. Osaka University Center in Japan.

“Since previous coronavirus epidemics, such as SARS-CoV-1 and MERS-CoV, have occurred because zoonotic coronaviruses cross the species barrier, the possibility of similar viruses appearing in the future represents a significant threat to global public health, even in the face of effective vaccines for today’s viruses ”.

Kurosaki and his team decided to test a new vaccination strategy that could allow the immune system to produce neutralizing antibodies more widely. The researchers genetically engineered the receptor-binding domain of the SARS-CoV-2 spike protein, coating its head region with additional sugar molecules. These sugar molecules could protect the head region of the immune system and stimulate the production of antibodies against the unprotected core region of the receptor-binding domain.

In fact, mice immunized with these engineered proteins produced a much higher proportion of antibodies that recognize the core region of the spike protein receptor-binding domain. These antibodies were able to neutralize the cellular entry not only of SARS-CoV-2 but also of SARS-CoV-1 and three coronaviruses similar to bat and pangolin SARS.

Kurosaki acknowledged that a lot of work will still be needed to translate this strategy into humans. “Our data suggest that engineered versions of the spike receptor-binding domain could be a useful component for the development of broadly protective next-generation vaccines to prevent future coronavirus pandemics.”

The vaccines that have been developed for the current pandemic caused by SARS-CoV-2 are showing a great capacity to neutralize the virus, although not completely preventing contagion, but almost completely ruling out the possibility that a vaccinated person has a grave picture. This is also true for the new variants, even for the super contagious Delta.

It has also been shown that Vaccines give the immune systems of people who have previously been infected an extra boost of protection to fight the coronavirus. And because the Delta variant, first identified in India, can spread among vaccinated people, that extra layer of protection for recovered patients is likely very helpful. Thus, the evidence that even recovered people benefit from injections is mounting.

Last July, the director of the National Institute of Allergies and Infectious Diseases, Anthony Fauci, asked the US authorities to release funds for several billion dollars so that in the next 5 years it will be possible to prepare to face a new pandemic through the creation of “prototype vaccines” to face the possible appearance of other viruses.

The initiative is very broad since it will consist of manufacturing “prototype vaccines” against about 20 families of viruses with the potential to generate a new pandemic. The scientific tools that would be used would be the same ones that were successful in developing the inoculants against COVID-19. Researchers must discover the molecular structure of each virus and learn how to generate the exact antibodies in the human body to fight those viruses.

Other studies from different approaches have been carried out to prevent new pandemics: “If we act today to prevent the spread of diseases that can be transmitted from animals to humans, we can also help stabilize the planet’s climate: it is key that adopt measures for better forest conservation ”, Aaron Bernstein, a specialist from Harvard University, said in a dialogue. Last year, Bernstein and his colleagues had estimated that the costs of preventing the next pandemic through reducing deforestation and regulating the wildlife trade amount to just $ 22 billion a year, 2% of the cost. economic response to the COVID-19 pandemic.

There are different situations driven by human activities that influence both the emergence of new diseases as in the climate crisis: unsustainable livestock practices; hunting and trade in wild animals; the change of land use, and in particular the destruction of tropical forests, the expansion of agricultural lands, especially near human settlements; and rapid and unplanned urbanization. Agriculture is associated with more than 50% of the zoonotic infectious diseases that have affected humans since 1940. 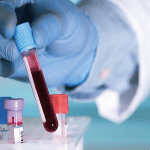 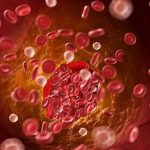