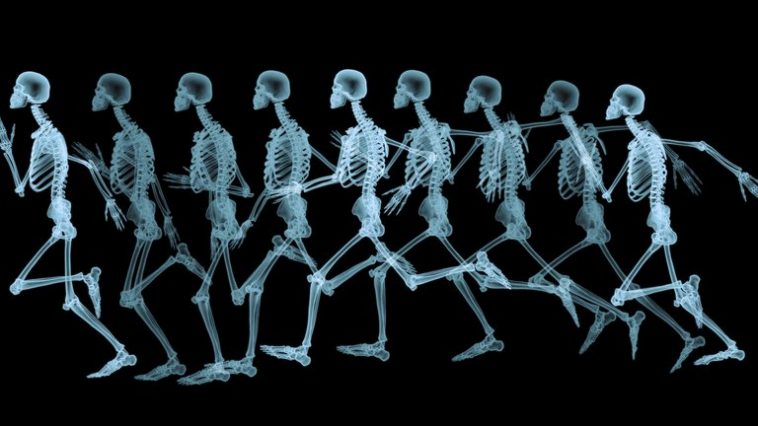 Most of the reference texts in Anatomy, from the book by Andrés Ruiz Liard and Michel Latarjet to the first editions of the almost bicentennial Grey’s Anatomy, whose name inspired a television series that has already completed 17 seasons, enshrined the certainty that The adult human skeleton has 206 bones, a figure to which the most important medical organizations also subscribe, such as the Cleveland Clinic where René Favaloro was formed. Few other authors bring that figure to 208 or even 213.

However, a Colombian anatomy professor is convinced that the true number of bones is 219 and is embarking on a campaign to convince his colleagues.

“One would believe that anatomy is all thought or established, that it is a dead science, that there is no more original contribution to make. However, a few years ago, while I was teaching a class on the fundamentals of the skeletal system, I repeated the traditional figure: that the bones are 206. And at that moment I realized that something was wrong … that the bones were wrongly counted” Oscar Alzate Mejía, the doctor in Biomedical Sciences and professor of Anatomy at the Autonomous University of Manizales, in Caldas, Colombia.

That kind of revelation or epiphany led him frantically to summon a group of 20 of his students from various careers (Medicine, Physiotherapy, Physical Education, Anthropology, and Dentistry) to carry out a new count. “And indeed, We realized that the bones were 219, among other reasons, because at a certain age the bones fuse and are counted as one when in reality it should be considered that there are five or three” Said Alzate.

The academic published his new proposal with two colleagues, Nicolás Giraldo-Hoyos and Liz Verónica Alvarán-Arango, in a 2016 article in the Revista de la Facultad de Medicina, an official publication of the National University of Colombia. And since then he has also presented it at conferences of the specialty and spread it through social networks, where he claimed to have received positive comments.

But does that mean rewriting the books? Not necessarily, or at least not so fast. “That bones are 206 is a very strong paradigm,” he acknowledged. And no paradigm is overturned overnight.

According to the orthodox classification of the adult skeleton, the 206 bones are distributed as follows: 8 in the skull, 14 in the face, 6 in the ear, 26 in the spine, 25 in the thorax, 4 in the shoulder, 2 in the pelvic girdle, 60 in the upper limbs, 60 in the lower limbs and 1 in the neck, under the tongue (the hyoid bone). Last June, a 6-year-old Indian girl managed to recognize and name them all in just 36 seconds.

However, Alzate said, those 206 bones are a kind of average adult bones, but this count does not take into account that the figure varies over time and that many of the bodies donated to medical schools or for anatomy studies are of advanced age.“Do we die with fewer bones than we had at birth? No. We die with several bones joined ”, but that continue to have their own identity, replied Alzate, for whom a 25-year-old has 219 different bones that, from then on, begin to fuse.

Thus, in his counting proposal, Alzate differentiates bone groupings in their constituent parts, which are “sets of bones considered as one”, but which, strictly speaking, would not be.

The sternum, a chest bone, is a single piece in the elderly and three separate fragments in the young: manubrium, body, and xiphoid process. The sacrum, which provides strength and stability to the pelvis, is made up of five vertebrae that begin to fuse between ages 16 and 18 and complete the process by age 30. “Those vertebrae are still independent components. In fact, there are five sacral spinal nerves, just as there are twelve nerves that pass through the twelve thoracic vertebrae. That is telling us something important”, summarized Alzate.

Similarly, the coccyx, which is the terminal structure of the spinal column, is made up of four vertebrae that fuse between the ages of 20 and 30. And the coxal bone, another member of the bony pelvis, is made up of three bones (ilium, ischium, and pubis) that join during a period that elapses between 15-17 and 23 years. “Although it is true that each coxal bone functions as a single bone and the fusion are firm at an older age, anatomists usually analyze them as if they were three separate bones, a situation that should not be different at the time of this count” , reasoned Alzate, Giraldo, and Alvarán.

Hence, where the books list four bones, Alzate visualizes 5 + 3 + 4 + 3 = 15, bringing his total count to 219. The figure excludes most of the so-called sesamoid bones, which are bony structures that bind tendons of varying size and quantity, with the sole exception of the patella (kneecap) of the knee, which is listed. The intersutural bones of the skull, which form in some people, are also not covered.

For a former Alzate professor, Jorge Duque Parra, Ph.D. in Neuroscience and Behavioral Biology, Professor of Anatomy at the University of Caldas, in Caldas, Colombia, and a member of the Pan-American Association of Anatomists, his former student’s proposal is valid.

“But it is not feasible to give an exact number, as there are people who can develop many more bones, for example, sesamoid bones in the hands or the back of the leg and various intersutural bones in the skull. Therefore, assuming a fixed value of bones in the human body is wrong. Although the amount is higher than that given by textbooks, ”Duque emphasized.

In contrast, other specialists are less open to reconsidering the figure. “The work is very neat. But as a tenured professor of Anatomy and Traumatology, vice president of the Argentine Association of Anatomy and hip and knee surgeon, at 56 years old, I continue to defend that the bones of the body are 206 and I think that is not discussed” Pablo Lafalla, a professor at the University of Mendoza, in Argentina.

According to Lafalla, any bone can have 3, 4, or 5 component parts, but if they are ossified and together it is difficult to defend the criterion that they must be counted separately. “Different are the skull bones, which are several bones, but there are sutures that divide them even though they are glued together. In the coxal bone, for example, the bony part is totally homogeneous, compact, and there is no separation between the pubis, the ischium, and the ilium”, he argued.

Beyond the agreement or not around the number, Alzate insists that the proposal serves to demonstrate that it is possible to have critical thinking in anatomy and rethink what the books affirm. Through the videos that he uploads to the Facebook, Instagram, TikTok, and Twitter accounts of his Fisiolofar blog, Alzate also intends to spread knowledge and dispel myths about the subject, such as that “only bones will be studied.”

“Galen did a lot to understand the human body, but then the father of anatomy, Vesalius, came and he revolutionized everything. So I think that everything can be further evaluated. Anatomy is a description, it is observation, it is precision. Anatomy is like the math of basic life sciences! And then it is necessary to try to describe the structures better and better, which could have biomechanical, orthopedic or semiological implications for disease symptoms ”, concluded Alzate. 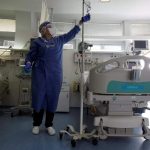 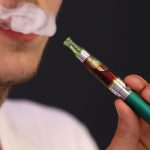