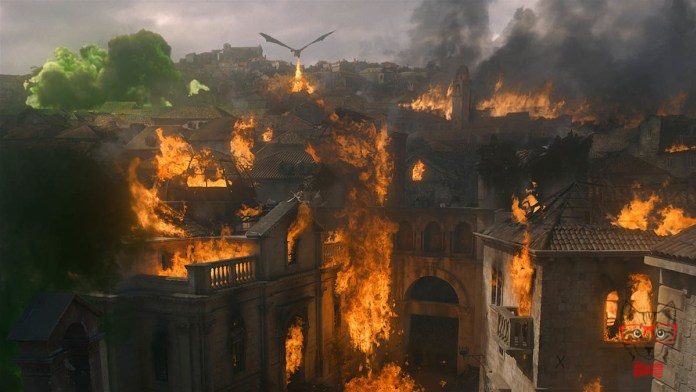 We already did it in the past with the sixth season and also with the seventh . So it’s time to analyze, this time for the last time, what plots we’ve seen in the eighth and final season of Game of Thrones we can read in Song of Ice and Fire , especially in Spring Dream.

Winterfell and the North

We start from the basis that George RR Martin has already explained that in Song of Ice and Fire the King of the Night is a figure of legend , as Lann the Foxy or Brandon the Builder, and that the White Walkers of the series are not equal than those in the books. From there, we will see that the dynamics of this season with respect to the plot of the Others are going to be different.

We must remember that we have not seen the Others in the books make those massive resurrections of the Night King of the series; but we do not know if they have that hive mind so killing a leader the specters perish. Therefore, the outcome of this conflict will surely take different paths in the novels.

Surely it makes sense that this Battle for Dawn also takes place in the novels in Winterfell , although some speculate that it could be further south, in the Trident or in Eye of Gods. In that location it seems clear that  a coalition among a large part of the living, including the night watch, savages, Daenerys and their dragons (or perhaps only Drogon), Immaculate and Dothrakis will unite under the leadership of Jon in the Battle for Dawn .

It fits us that Arya participates in that battle, but without Night King in the novels it surely will not be so key. The presence of characters in the conflict such  as Jaime, Brienne, Davos or Sam generates doubts;  Lyanna Mormont, Theon, Jorah Mormont or Gendry seems improbable;  directly Varys seems impossible because of his connection to the supposed Aegon and remember that Beric already died in Storm of Swords.

There are a couple of events that take place in the North that are not part of the battle that can also happen in the novels. Jon will undoubtedly also discover its origin – we do not know if via Sam – and it is very likely that he will ride in Rhaegal . Also, as we will discuss later, this discovery will cause problems with Daenerys.

A reunion of Bran with Jaime seems very complicated logistically, as much as we would like to see him again. The judgment to the Matarreyes  that we see in that chapter perhaps is a foreshadowing of the one that the Brotherhood does to him without Banners and Lady Heart of Stone in Winds of Winter, with Brienne interceding by him.

Melisandre fighting in the battle and giving her life for the effort made is something that seems very typical of Sueño de Primavera, perhaps shortly after burning Shireen. That  Arya sees Gendry again in the novels is very possible, although if the encounter is sexual it is more debatable. Continuing in the matter, that Jaime finally lies with Brienne is a reason for much debate, even more so after I leave him to return to Cersei.

Will Jaime name Brienne as Knight of the Seven Kingdoms, which will eventually unleash an arc that ends with Lady Tarth of Lady Commander of the Royal Guard? It seems too much  fanservice to be Martin, however much the ancestor of Brienne, Duncan, was Lord Commander in his day, but we can not rule it out altogether.

Landing of the King and the South

In the first place, we believe that in the novels the order of the two great conflicts will be reversed. The saga is called Song of Ice and Fire, so the final battle should be against the Others in the North, and not by the Throne in the King’s Landing. So the evolution of these southern frames in the series will have significant differences.

It seems certain that Daenerys will also attack King’s Landing in the novels. However, it is most likely that there are notable divergences. First of all, the city would possibly be controlled by a supposed Aegon Targaryen whom people revere, in front of a Daenerys seen as a foreign queen allied with barbarians.

However, we are not clear that Daenerys is going to make such an insane attack. Maybe he just wants to attack parts of the city like the Red Fort and the Valyrian fire hidden by his father causes great losses. There is a factor omitted in the series that may be key in the books: Tyrion wants revenge against King’s Landing after seeing how he was treated and could motivate Daenerys to attack the city with fire and blood: better to be feared than loved.

Will the Cleganebowl pass in books? There are arguments for and against: the arch of both characters seems closed – one is the zombie of Robert Strong and the other is an undertaker of Tranquil Island – but that conflict is also narratively juicy.

The Euron of the novels will be a big problem for Daenerys in the books, and in fact we see probable not only that it ends with a dragon of Dany but that it even takes it under its control thanks to its horn, emulating what the King of the night last season. George RR Martin’s Euron is a colossal character who may be the greatest threat to the Born of the Storm, even more than his possible and most obvious rivals such as Cersei and the supposed Aegon.

If Jon has killed Daenerys in the series, it seems clear that he will also do so in the books.  If you look at the Daenerys arch we will see that she will go on the path of madness and Fire and Blood, so she will probably commit more controversial actions in Winter Winds and Spring Dreams, like burning part of King’s Landing. It fits that Jon as Azor Ahai must kill his Nissa Nissa at the gates of the Battle for Dawn.

The Golden Company in the books will also face Daenerys, for its link to the supposed Aegon, and probably as many of its troops as the elephants will end up scorched by dragon fire. In the same way, Varys and Dany will be on opposing sides , although Daenerys will never perceive that the eunuch has betrayed him because in the books he has never been in his service.

The series has omitted the valonqar voluntarily, but in the books it seems very difficult that it is not Jaime who ends up with Cersei fulfilling the prophecy. In this way, as in the production of HBO, Arya would not cross out all the names on her list and would not fall completely into murderous madness.

The end of the Iron Throne seems also something destined in Spring Dream. Because of the different order of events in the books – the battle against the Others should happen at the end – what does not seem so clear is that it will be Drogon’s work.

Surely in the novels after that Battle for the Dawn in which the Others are defeated and Jon must kill Dany an epilogue or the ponienti version of the Sanitation of the Shire occurs. And in it it is very likely that there is this Great Council among the nobles of Westeros to determine who will rule the Seven Kingdoms.

The end of the hereditary monarchy and the creation of an elective monarchy after the destruction of the Throne seems reasonable that we also see in the novels. That the North asks for independence is very possible, that they grant it, something less; Do not do the same Dorne or even the Iron Islands if the North does it is hard to believe.

Will Bran chosen as King ? He is very young in the novels and there seem to be other characters in the Great Houses more apt, but he is also a very special character for Martin. It is difficult to see such a magical character in such a political role, but the Green Men and the Island of Faces could play some role. It is very difficult to answer the question

Of course, the private board of the series is insane : difficult to discern if it is more impossible for Bronn to own Altojardín or currency counselor. In return, Jon condemned – or self-condemning – to go to the far North to purge for killing Daenerys fits a lot with the character, even more accompanied by his faithful Ghost.

If the North gains independence in the books, surely Sansa is also the Queen in the North  if Rickon could be eliminated from the equation, Bran does not aspire to govern Winterfell and Jon goes into exile, all of them possible circumstances. That Arya emulates Elissa Farman to march to the West of the West seems to us a final arc of the beautiful personage, but as much as we like it and we see it possible we can not assure completely that it will end like Spring Dream.

As you can see, we are sure that we will read some things that we have seen this season, that a few others are the invention of the  Game of Thrones showrunners David Benioff and DBWeiss … and most of us do not have them clear . We will have to wait to read not only Winter Winds but also Spring Dream to solve it. 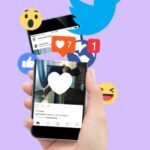 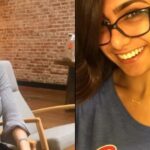