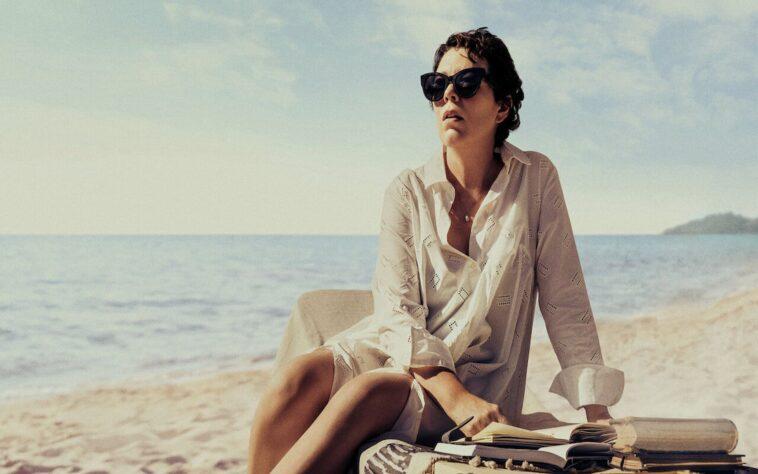 The Lost Daughter is based on Elena Ferrante’s novel of the same name, and it follows a middle-aged lady who gets infatuated with a young woman with a daughter, seeing a reflection of herself as a mother in her.

Maggie Gyllenhaal directed and wrote the picture, which had its global premiere in September at the 78th Venice International Film Festival.

‘The Lost Daughter’ has wonderful cinematography.

The official trailer for The Lost Daughter was released in October, and the film was released in theatres earlier this month. It has gotten positive reviews and has a Rotten Tomatoes rating of 96 percent.

Leda’s tale in The Lost Daughter begins and ends at the beach, completing a full circle despite the fact that she finds herself in a vastly different position from where she began.

Her first experiences on the beach were spent observing the large family that disturbs her calm. But one person in particular attracts her attention: Nina, a young mother who becomes Leda’s infatuation.

These sequences are stretched out with subjectivity since everything seen in the film is seen from Leda’s point of view, especially when it comes to Nina. Every scene on the beach in The Lost Daughter is intriguing because it adds more to Leda and her past, giving viewers something to ponder.

One such scenario is when Nina praises Leda for finding her daughter, but the latter is unhappy and perplexed since her life does not appear to be as bright as the former, despite the fact that they appear to be identical.

“We’re doing something extremely cinematically traditional to a gorgeous woman on film. We’re watching her and admiring her… Dakota doesn’t say anything in the first half of the film, except from a distance.”

Leda’s confession to Nina in the flea market is without a doubt the most crucial scene in The Lost Daughter. This photo conveys both the grief and the liberation felt by a young mother after leaving her kids. The scenario begins with Leda assisting Nina with her hat and finishes with Leda in tears.

The filmic purpose of this moment in The Lost Daughter was to trap Leda with Nina and get them close, especially at a spot where she couldn’t hold it in any longer. She needed to let her deepest secret out in order to experience the relief, or perhaps the load, she felt every time she looked at Nina and her kid.

“This was not the case with every take. There were several takes when she was completely stoic. She was angry in some of the takes. There were other takes were she was really silent and sad. But each take was unique because we began at the beginning and saw where we finished at the conclusion.”

Leda finds herself at a gathering after her momentous revelation in The Lost Daughter. She had fun with Lyle for the first time, and she looks and feels cheerful. This is a significant shift considering everything Leda has been through, particularly with Nina’s family.

Helene Louvart, the cinematographer, captures this joyful scene brilliantly, with Leda dancing around and finally letting go of her anguish.

When Nina’s family arrives at the celebration, the euphoria turns to fear. Leda believes that things have been weird between them since she took the doll, and that they have been giving her angry glances despite the fact that they are unaware of the crime.

She is also concerned about herself, given that she is aware of Nina’s affair and the fact that her family is not made up of wonderful people. Her confession to Nina does not seem to matter at this point, as it has become the least of her concerns as a result of what Leda has been keeping hidden.

Leda’s crimson outfit also helped to emphasis her emotions by serving as a striking metaphor for how exposed she felt.

“Shots like these and her POV, in a cinematic language, say, “This is terrifying, get terrified, something scary is going to happen.” We wanted to flirt with the horror and thriller genres: Is she in danger? In movies, there’s a whole history of someone showing up at her house and hurting her. We were tinkering with it.” 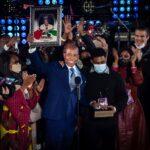 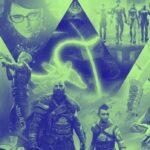