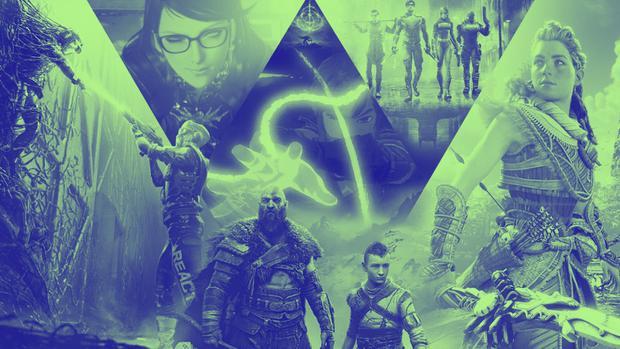 For decades, mankind have been attracted by the job of forecasting the future. The uncertainty caused by not knowing for certain what events will be significant in the next months or the outcomes of current events when they are resolved affects everyone, and the video game business is no different.

With 2021 so close to its finish, and after determining that it was, in general, a very excellent year for gaming in its many fields, gamers have utilised the delays of this stage to try to forecast what is to follow. 2022. This is easier in the case of new games scheduled for next year, but it is more difficult to predict the events or trends that will define 2022 in the gaming industry.

Everything changes when The Matrix Awakens.

Epic Games unveiled The Matrix Awakens, a playable experience based on the film, as part of the debut of The Matrix Resurrections, the latest edition of the iconic science fiction franchise. It’s mostly a technical demonstration of the new Unreal Technology 5 graphics engine, in which the player may interact with the characters and scenarios. The visual quality of the project garnered much attention, with an animation of hyper-realistic human features and a metropolis that occasionally puzzles the viewer as to whether it is a video game or real life.

According to Phillip Chu Joy, the technology and video game specialist who hosts the TEC television programme, The Matrix Awakens is a watershed moment in the scene, especially given that it is focused on demonstrating that current generation consoles such as the PlayStation 5 and Xbox Series X | S are also capable of playing titles with performance that could only be expected from the market’s most powerful PCs.

“If people felt we’d hit the limit in terms of visuals and execution, this technological demo demonstrates that there’s still more to be done in video games.” “The consoles don’t have much to envy the PCs right now because, for example, The Matrix Awakens isn’t even accessible on PC,” stated Chu Joy, highlighting Epic Games’ goal while producing this project.

Enrique “Junior” Martnez, video game industry specialist and owner of Parallax Podcast, for his part, emphasised the work that the company behind Fortnite has done with its new graphics engine, an initiative that will be available to all developers who decide to acquire the licence to use it and work on it. However, he also stated that he anticipates games of the calibre of The Matrix Awakens to be released only by the end of 2022.

“What Epic Games accomplishes with the Unreal Engine is reduce expenses in order to mass manufacture the best graphic quality available.” That is your prerogative. The creation of this engine employing the new NANITE technology – a system that enables for extremely rapid geometry rendering, allowing artists to generate assets with’movie’ quality in real time for video games – will be critical in the next years, including 2022, according to Martinez.

The role of Epic Games and its Unreal Engine in the industry is becoming more prominent by the year, as, as mentioned by the experts consulted, it gives creators access to an enormous catalogue of elements, lightening their work and lowering production costs., offering the latest in graphics to all companies interested in this technology. Furthermore, because the engine might be enhanced over time, we do not have a clear picture of what can be accomplished with this instrument. Of certainly, it will be spectacular in every way.

Is it time for a generational shift?

The Epic Games technical demo not only prompted worries about what we could see in terms of visuals in the future. It also reignited one of the most heated disputes since the new PlayStation and Xbox systems debuted in 2019: is it better to go into the next generation and buy a PS5, an Xbox Series X | S, or upgrade the PC with a new graphics card or processor?

Of course, there are several factors to consider, such as the console’s availability, which is complicated by a shortage of semiconductors and reseller speculation, or the price at which it is currently sold, but Martnez believes that 2022 will be a good time to make that much-debated generational leap.

“”I am convinced that after God of War: Ragnarok and Horizon Forbidden West, we will no longer see more PlayStation 5 and Xbox Series X | S titles on last-generation platforms such as PlayStation 4 and Xbox One,” said the topic expert.

Chu Joy was a little more lenient on the subject, stating that while 2022 will deliver amazing titles that cannot be played on last generation consoles, he also stated that numerous “heavyweights” will still be available on PS4 and Xbox One. The total bet for the new generation will be in 2023, when the projects that began development in the previous two years finally begin to enter the market.

Chu Joy and Martnez both agreed on many of the most eye-catching titles for next year. The consensus on 2022 is unanimous: it will be a year of outstanding releases for the industry, especially since sequels to famous sagas are planned for these dates.

Of course, there are other titles that, while their release date has not been established, might result in a nice surprise after their introduction at an important event such as E3. Among the games in this category are The Elder Scrolls VI, Senua’s Saga: Hellblade 2, Alan Wake 2, Star Wars Eclipse, Sonic Frontiers, Digimon Survive, and Eiyuuden Chronicles: Rising.

Elden Ring, Horizon Forbidden West, Starfield, the sequel to The Legend of Zelda: Breath of the Wild, and Tiny Tina’s Wonderland are among the year’s top games. (Image courtesy of Game Informer)

Like every new year, 2022 appears to be a wonderful time to be a video game lover. The presence on the schedule of big projects by some of the medium’s greatest developers portends a good moment for the business, which is already beginning to recover from the delays imposed by the COVID-19 epidemic. Finally, Martnez mentioned a personal hope for the debut of Xbox Game Pass in Peru.

“Microsoft is hoping to win Game Pass in Latin America. I believe it is a wonderful product that will make a difference, and it is already doing so. It has a large number of subscribers, and for a country like ours that has grown accustomed to Netflix, Disney +, and HBO Max so quickly, a service similar to these on PCs or consoles dedicated to video games would be ideal for those who are not interested in accumulating works, but in completing them and moving on to the next “, concluded the expert. 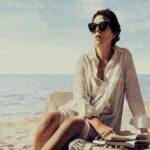 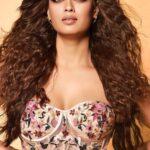