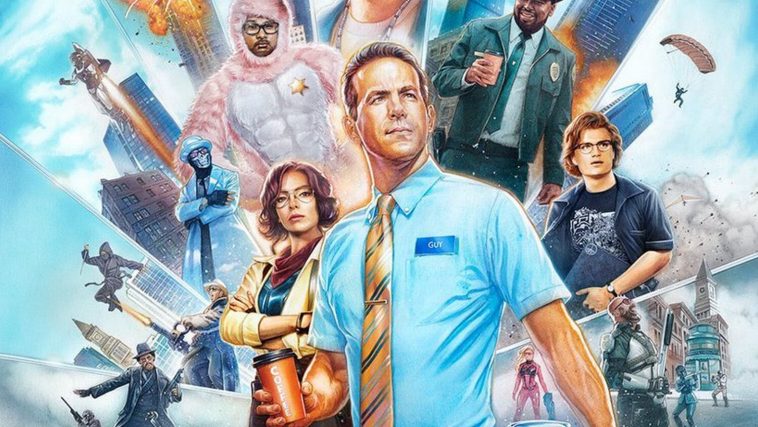 It’s one of those movies you start watching because you’re bored and there’s nothing better to do or see. You do it because you are inquisitive and anticipate to be disappointed. Alternatively. Instead, Free Guy (in Italian, Hero for the Game) is a fantastic film. Of course, if you’re a nerd who enjoys video games and science fiction.

The picture, which was meant to be released in American theatres in July 2020 but was pushed back to December, then to May 2021, then to last August, finally debuted on Disney Plus on September 29. Ryan Reynolds, who plays the lead part despite not being the protagonist, is the major performer. He’s an extra, a Npc (in Italian, Png), as non-player characters in video games are known. They’re there to entertain genuine gamers and enrich their universe. Guy, the Png played by Reynolds, lives in a fictional city, a large area in which you can do anything, but in which he always does the same things, like other NPCs: he wakes up, has breakfast, leaves the house, goes to the bar, goes to work, comes home, and repeats. And he is frequently thrashed by the players.

When you see him, when you see him being robbed, attacked, beaten for no reason, mocked, you can’t help but remember when, more or less twenty years ago, you were wandering around Liberty City during a game of Grand Theft Auto III, and with the car, you went back and forth on the sidewalks killing as many people as you could. Back and forth, back and forth, back and forth for no other purpose than to be pursued by the cops, start a spectacular shootout, and have some fun. Before switching off the PlayStation and forgetting about everything. This occurs in Free Guy, albeit on a larger scale and in multiplayer: users join to the game world, do what they like, take up objectives or simply enjoy tormenting NPCs, then log off and return to their realm, the real world. Guy no: Guy sits there, caught in his never-ending pattern. Until he wakes up one day.

This is the first merit of Shawn Levy’s picture, which is capable of rekindling recollections of things that appeared forgotten in today’s forties. But it doesn’t stop there, because Free Guy manages to strike a chord with a decidedly younger audience, that of twenty-year-olds who may have never seen it (and if they did, they’d laugh at it), but who follow Fortnite, Minecraft, Rainbow Six, and Fifa games online, watching them live on YouTube and Twitch. In reality, they frequently appear in the film, playing themselves, youtubers and streamers like Jacksepticeye, Ninja, Pokimane, DanTDM, and LazarBeam: they remark on what happens to Guy in the same way they do every day in real life.

It’s not over: the film is beautiful and worth seeing because it faithfully depicts the life of a videogame programmer, caught between his desire to create something original and unique and the demands of the big publishers (the film’s is called Soonami, and any reference to Konami is probably desired), who only want follow-up, follow-up, follow-up, and spin-off of successful titles. There are numerous references to code writing difficulties, bugs, debugging, what happens when you put an untreated or poorly maintained product on the market, God Mode, trolls, secret passages, Easter Eggs, and hidden areas, the role of artificial intelligence (which allows Guy to wake up), and the moral implications of the decision to turn it off and pull the plug.

Free Guy is the modern-day Truman Show, and it somehow forces the audience (and video game player) to reflect on the role of extras in video games, on individuals who live to make others’ lives better. It’s a combination between Last Action Hero and Ready Player One (done better), a glimpse from the other side, behind the scenes of our pleasure.

And just when you think there is nothing else that can happen, that the film is already much better than you expected when you pressed the play button on the remote control, it becomes even more beautiful in the finale: there is Guy who has to defend himself from a super muscular copy of himself, he chooses a weapon from the inventory, it is a round shield, it is shot from behind, and as the camera turns to show you, you already know it will have a star in the centre and the colours of the star You already know it belongs to Captain America. What you don’t know, what you don’t anticipate, and what leaves you dumbfounded and laughing, is that the filmmaker has also incorporated a cameo of Chris Evans (the cinematic Captain America), who is sitting in a pub and watching it on his smartphone. the same battle in which his shield appears

Then? Then the quotes from Half-Life and Portal appear, and a weapon is extracted that has become an icon, shown for the first time in a cinema in 1977 and since then has entered the collective imagination of everyone, male and female, young and old, in their twenties or forties, in a way that almost no other product of the imagination has managed to do. And when you hear the unmistakable Ralph supermaxieroe theme tune, you know Free Guy accomplished the the impossible: find a point of contact between generations of geeks who previously thought they had none, and somehow connect parents born in the 1970s with children born after the year 2000.

Not bad for a film that wouldn’t have cost you two lire. On the contrary, two euros. 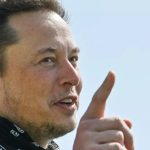 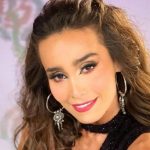