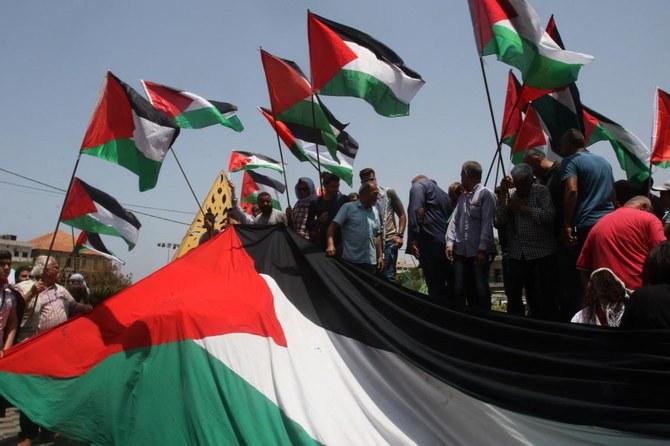 Thousands of Israelis marched through Jerusalem’s Old City on Sunday for the “flag march,” which marks Israel’s conquest of the eastern part of the city. The rally took place amid fears of further clashes with Palestinians, who view the celebration as a provocation.

Tension was high Sunday in Jerusalem before the start of this annual march, which started from the center of the city and ended at the Western Wall, the holiest prayer site in Judaism, below the esplanade of the Mosques. She passed through the Old City, located in East Jerusalem, an area occupied by Israel since 1967 and annexed.

Israelis, including a large proportion of young people and nationalists, entered the Old City through Damascus Gate, which overlooks the Muslim Quarter 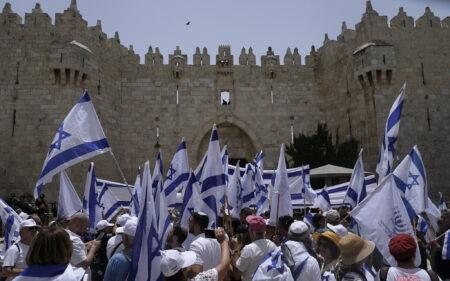 This is our country, period! The Palestinians are just guests, said Ofer Amar, another 18-year-old Israeli marcher.

Brief clashes between Palestinians and Israeli police outside Damascus Gate, according to an AFP photographer on the spot. At the same location, members of the anti-Arab hooligan group La Familia chanted death to Arabs!, according to witnesses.

In the Muslim quarter, projectiles were thrown at walkers, an AFP journalist noted. France Media Agency, as well as water bottles on stretcher-bearers carrying a wounded Palestinian.

Across Jerusalem, at least 40 people were injured Sunday in various incidents, according to the Palestinian Red Crescent Society. A small drone wearing a Palestinian flag flew briefly over Damascus Gate before being brought down by police.

The majority of traders have closed shop in the Muslim quarter and residents have stayed at home. In the street before the march, dozens of young nationalist Jews sang and danced while waving Israeli flags in front of Palestinians.

Have you seen that? There is no respect. If the shops are closed, it is not because we are afraid but because we know that there will be no customers today.

A quote from Sami, a Palestinian merchant

The tenor of the Israeli far-right, Itamar Ben Gvir, went to the esplanade of the Mosques, a holy place at the heart of the Israeli-Palestinian tensions in the old city, of East Jerusalem.

I have come today to affirm that we, the State of Israel, are sovereign here.

Under a historical status quo, non-Muslims can go to the esplanade of the Mosques at specific times but cannot pray there. However, in recent years, a growing number of Jews, often nationalists, surreptitiously pray there, a gesture denounced as a provocation by the Palestinians.

On Sunday, around 2,600 non-Muslims, tourists, and Israelis visited the plaza ahead of the march, a much higher number than usual for a single day, police said.

Police said they mobilized more than 2,000 officers for the march on Yom Yerushalaim, or Jerusalem Day which marks Israel’s reunification of the holy city since conquering its eastern part in the Six-Day War in 1967. The Palestinians aspire to make East Jerusalem the capital of a future state.

Last year, on the day scheduled for the march of the flags according to the Hebrew calendar and after days of Israeli-Palestinian violence in East Jerusalem, the Palestinian movement Hamas, in power in Gaza, launched salvoes of rockets at Israel, a prelude to an 11-day war between the two camps.

This year, Palestinian groups again threatened to respond in the event of flagrant violence during the march, or even if participants went to the esplanade of the Mosques, which was not, however, on the announced route.

“We will not hesitate to use all possible means to stop an [possible] incursion on our sacred sites. Israel will pay a heavy price,” said Ghazi Hamad, a Hamas figure.

Despite the threats, Israeli Prime Minister Naftali Bennett gave the green light to the march.
“It is natural to wave the flag of Israel in the capital of Israel […], but I ask the participants of the march to respect the instructions of the police,” he said on Sunday before leaving. call on the police to show zero tolerance for extremists, including La Familia. 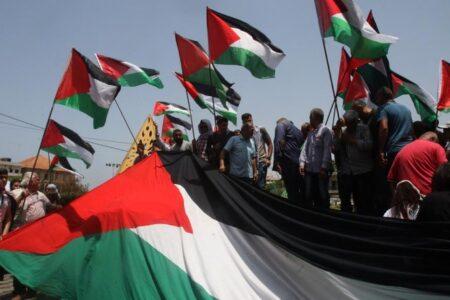 To symbolically counter this march, Palestinians held rallies in the West Bank, Palestinian territory occupied by Israel, to wave their flag. These demonstrations gave rise to clashes with the Israeli forces, which caused around a hundred injuries, mainly light, according to the rescuers.

“I hold the Palestinian flag high to show our unity and to challenge the Jews who raised their flag today […]. We will not remain silent,” said Daoud Ajaj, 17, in Ramallah. 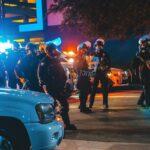