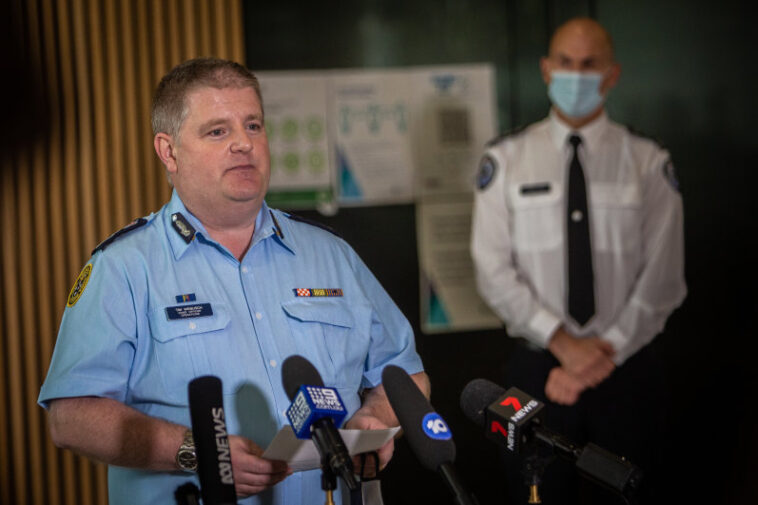 Authorities said it was lucky that Wednesday’s magnitude-5.9 earthquake struck a mostly unpopulated area north-east of Melbourne at 9.15 a.m., and that the typically bustling Chapel Street in Windsor was deserted when vibrations forced a restaurant to partially fall into the pavement below.

Certainly, it could have been much worse on Chapel Street today on a busy Saturday morning,” Victoria State Emergency Service chief officer Tim Wiebusch said.

According to Geoscience Australia, the quake occurred between Mansfield and Rawson, approximately 130 kilometres north-east of Melbourne, at a depth of ten kilometres and lasted 30 to 40 seconds. Six aftershocks of magnitude 3.5, 4.1, 2.5, 3.1, 2.4, and 2.9 were recorded during the day.

Commissioner of Emergency Management Andrew Crisp stated the emergency services received more than 100 calls for assistance, including 55 in metropolitan Melbourne, primarily for minor building damage. There were no recorded casualties.

“There will be aftershocks… and they are likely to last for weeks, if not months,” Mr Crisp explained.

“It is improbable that we will see aftershocks comparable to or greater than those felt this morning at 9.15 a.m. However, major aftershocks are still possible.”

Betty’s Burgers & Concrete Co restaurant on Chapel Street in Windsor was one of the most severely damaged structures in the state, falling partially when the earthquake shook the city.

Troy Mcdonagh, the restaurant’s managing director, stated that no one was inside when the earthquake struck, almost an hour before staff were scheduled to report to work.

“There were no injuries to pedestrians,” he stated. “We’re now awaiting an assessment of the damage.” 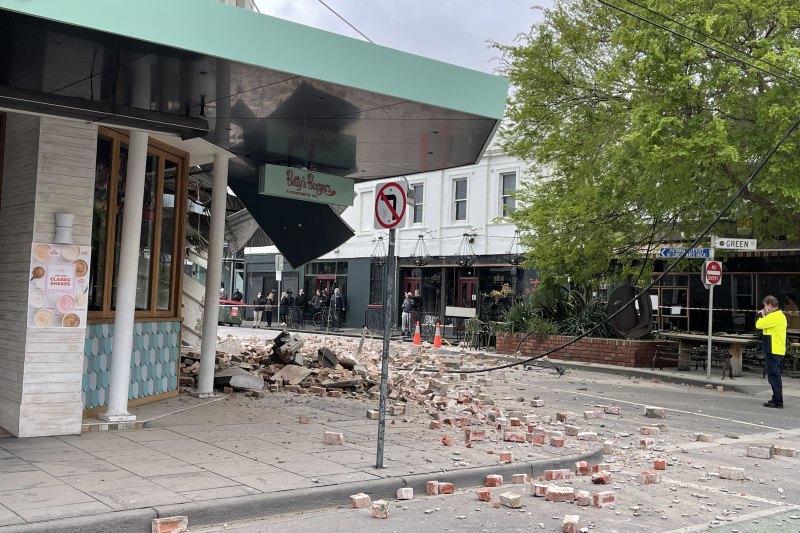 ‘As if detonated’
Kim Hong was working in the kitchen of Nguyen’s Hot Bread, directly across the street from Betty’s Burgers, when she felt what she believed was an explosion.

“As I was cooking, the kitchen began to wobble. The fryer’s oil was evaporating, igniting. I was afraid my kitchen might blow up,” she explained.

She dashed outdoors, where “smoke was everywhere” and people were fleeing the half collapsed burger restaurant.

“I assumed the building had burst, like if a bomb had been planted there,” she explained.

The front of a Coles store 600 metres along Chapel Street in Prahran, as well as a building front on Brunswick Street in Fitzroy, also partially fell, the SES reported.

Residents who sustained damage to their property as a result of the earthquake should have it inspected by a licenced builder, as allowed by COVID regulations, according to Mr Wiebusch.

Additionally, Master Builders Victoria affirmed that any work necessary to ensure the safety of structures is permissible.

In the regions, Ambulance Victoria’s dispatch bay in Mansfield sustained damage, while Beechworth Hospital lost electricity and was forced to operate on a backup generator.

Geoscience Australia first reported the magnitude 6 quake before adjusting it to 5.8 and then 5.9, making it Victoria’s biggest on-land quake.

The biggest recorded on-land earthquake in Australia occurred in 1968, when a magnitude-6.5 earthquake struck Meckering in Western Australia.

According to Marc Colella, worldwide head of building engineering at consulting firm Aecom, Victoria’s heritage buildings with brick facades are the most sensitive to earthquake damage and the most likely to hurt bystanders.

“Typically, the majority of injuries and fatalities result from buildings collapsing on innocent bystanders,” Mr Colella said, adding that skyscrapers were more robust.

“Design standards in our country have always lagged behind those in other parts of the world with a longer history of seismic activity, such as New Zealand.”

The latest significant earthquake-related amendment to Australia’s planning code was in 1994, in reaction to the disastrous 1989 Newcastle quake, following which a 1994 update mandated that structures be more robust. Trevor Carstein, manager of the Licola Wilderness Village school camp in Licola, near the epicentre of the earthquake, said he, his wife, and their two kids, ages 13 and 19, “all sort of pressed the panic button.”

“It smashed the windows in our bedroom and kitchen,” he explained. “When we looked outside, we noticed that the trees and buildings across the street were trembling. And I could see the road directly in front of my house shifting.”

At Mount Buller, which is also close to the centre of the earthquake, Rhylla Morgan reported a “quite substantial tremor” but no risk of avalanche.

“However, the entire mountain received a substantial jolt. We felt it for around 30 seconds and then the aftershock,” said Ms Morgan, Buller Ski Lifts’ spokesperson.

“At the time, people were skiing, and they are now back.” 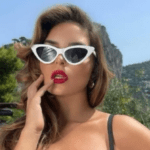 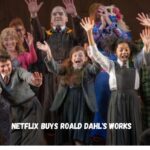