Tesla Issues New Model 3 Recalls in Both the U.S. and China
SHARE

From fart horns to pre-programmed rolling stops, Tesla is no stranger to recalls.

Now, the company is pulling about 48,184 Model 3s in the United States and 14,684 of its Model 3 cars in China because of software safety concerns.

The problem is that the cars don’t display a unit, along with the speed, when they’re in “Track Mode.” So, it becomes unclear if the car is operating in say, kilometers or miles per hour— making the speed itself more difficult to interpret.

“Driver(s) may not know how fast the vehicle is traveling without the mph or km/h unit display, increasing the risk of a crash,” said the U.S. National Highway Traffic Safety Administration in a recall notice dated April 18, but released April 29, according to Reuters. And, on Friday, China’s State Administration for Market Regulation announced their recall explaining the same issue.

The U.S. recall affects certain Model 3 Performance vehicles manufactured from 2018 to 2022, and the recall in China applies to Model 3s with production dates between January 12, 2019, and March 25, 2022. To fix the problem, Tesla will issue a free, over-the-air software update, according to the NHTSA. And owners of the cars will be notified by letters mailed on June 6. This is the second recall of Tesla Model 3s issued this month alone in both countries. On April 12, NHTSA issued a wider recall affecting almost 600,00 vehicles (Models Y, X, S, and some 3s) because the “Boombox” function that allows audio to be played externally by the car could make it difficult or impossible for pedestrians to know a vehicle is approaching.

And, on April 7, China’s State Administration recalled nearly 128,000 Model 3 cars because of issues with their rear motor inverters. When the inverter failure happens while a vehicle is parked, it won’t start. But, when it happens while a car is moving, it can suddenly lose driving power, according to the recall announcement. In February 2022, there were another three Tesla Model 3 recalls issued in the US. 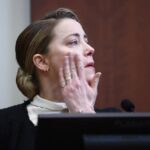