Chris Froome believes that the mountains will reveal who the real contenders of the Tour de France are, while the Briton is preparing for the first of three strenuous stages in the Alps.

“I feel good and optimistic about the next stages,” said the four-time champion yesterday, the first day of rest for the Tour.

Froome, eighth overall after nine stages, is one minute and 42 seconds behind the leader, Greg Van Avermaet, before the start of the alpine phase today.

Van Avermaet is not expected to pose a threat in the mountains, and Froome has suggested that the Belgian “will have difficulties resisting tomorrow (today). It is an appropriate stage for the promotion experts. ”

After a week of relatively flat routes, the first important ascents begin with four summits and the demanding Plateau des Gliares, a plain that includes an unpaved six-kilometer climb at an 11.2 percent gradient.

“It’s a tough stage. It will definitely begin to shape the overall ranking, “Froome said.

Geraint Thomas, his teammate on the Sky team, is second overall, 43 seconds behind Van Avermaet, which means that the team has two viable options to seize the yellow shirt in the second of the three weeks of the Tour.

“It’s great for us to have these options to contend with if it comes down to that, especially when we see that some of our rivals have two or three options on their teams,” Froome added. “The team around us is a group of very capable cyclists, and we will really enter our element now in the mountains.” 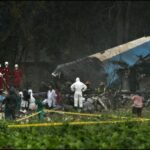 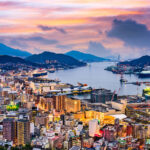