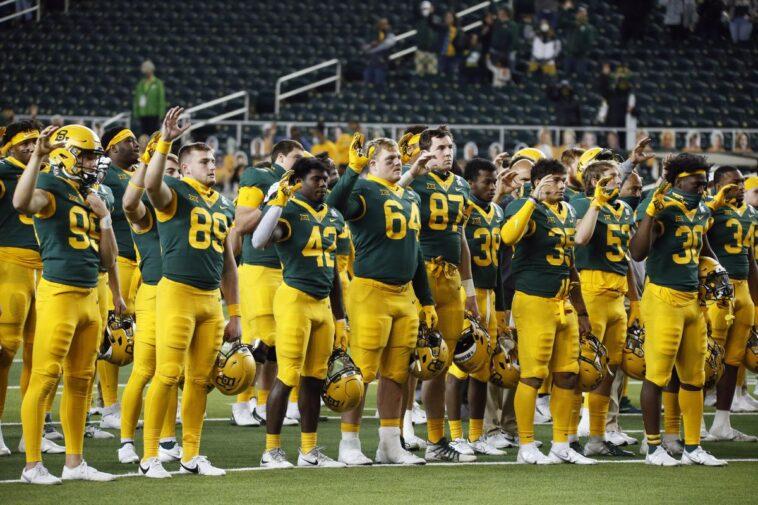 Matt Corral, the Ole Miss quarterback, departed the game in the first quarter with a right leg injury and did not return after being rolled up on during a sack. Corral was replaced by Luke Altmyer.

Corral was assisted off the field by trainers before being inspected on the sidelines and then carried off. He eventually returned to the sidelines on crutches and with his right foot barefoot.

In terms of the game, the Bears won because to their rushing offence and defence. Abram Smith rushed for 172 yards on 25 attempts, while Monaray Baldwin’s 48-yard touchdown sprint on an end-around gave Baylor a 13-7 lead early in the fourth quarter.

Baylor sacked Ole Miss quarterbacks nine times on defence. Terrel Bernard had two of them on his way to 17 tackles (11 solo). JT Woods, a safety, intercepted Altmyer and Corral once each, and Al Walcott returned an Altmyer throw 96 yards for a pick-six to start the scoring:

The Bears won 12 games for the first time in programme history as the Big 12 champions ended 12-2.

Ole Miss concluded the season with a 10-3 record, tying a programme best.

Abram Smith of Baylor had 25 carries for 172 yards.

Baylor’s defence catapulted the Bears from a Big 12 challenger to a conference champion and ultimately to the Sugar Bowl.

Along the way, the Bears limited 11-win Oklahoma to 14 points, Kansas State to one score, picked off Oklahoma State quarterback Spencer Sanders four times, and eventually kept Ole Miss to seven points in the Sugar Bowl.

The Bears saved their best for last, with outstanding efforts from Bernard, Woods, and others propelling them to a victory against Ole Miss.

Granted, the Rebels were missing their starting quarterback for three-plus quarters, and this game may have gone very differently if Corral had stayed in the game. Nonetheless, Baylor’s defensive domination cannot be overlooked, as multiple stars shone.

Bernard was a significant reason Ole Miss couldn’t get out to a good start. Jerrion Ealy did break free for a 31-yard run at one point, but the damage from Ole Miss’ three running backs (Ealy, Snoop Conner, and Henry Parrish Jr.) was spread out, with a total of 27 carries and 118 rushing yards.

Bernard and Jim Thorpe Award nominee Jalen Pitre were both outstanding, according to Thor Nystrom of NBC Sports Edge:

Woods delivered in a big way, as his second pick came with the Bears leading 14-7 in the fourth quarter. He returned Altmyer’s throw 16 yards to the Ole Miss 15-yard line, and five plays later, Tyquan Thornton grabbed a two-yard touchdown pass from Gerry Bohanon.

In the end, credit goes to Baylor’s great defensive abilities as well as head coach Dave Aranda, who led Baylor to its finest season ever after leading the club to a 2-7 record in 2020.

Without its leader, Ole Miss fights valiantly to the last end.

Simply said, without Corral, a projected first-round NFL draught selection who placed eighth in Heisman voting this year, Ole Miss has a difficult task in winning this game.

He’s been an excellent teammate on his way to guiding an explosive Ole Miss offence. Corral scored 31 touchdowns (20 passing, 11 running) while only throwing four interceptions.

Despite several ankle problems, Corral tossed for 3,333 yards and carried for 597 more.

Ole Miss was plagued by injuries all season, with nine of the team’s 11 Week 1 offensive starters unavailable to practise on Nov. 3. Notable injuries included the loss of one of the team’s best wideouts (Jonathan Mingo) for the most of the season due to a foot ailment, and right guard Ben Brown suffered a season-ending torn biceps.

Despite playing in the extremely tough SEC, which will send Alabama and Georgia to the national title, this squad nonetheless managed to win ten games. Corral was the most essential aspect of that run, and his attempts to continue playing (and perform well) will not be forgotten in Oxford for a long time.

Unfortunately, Corral and Ole Miss’ season ended on a down note due to a freak accident, but it doesn’t take away from the fact that the Rebels fought to the very end on route to a successful campaign. 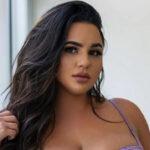 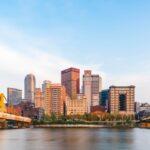