Pho soup, whose name is most likely derived from the Vietnamese pronunciation of the French dish pot-au-feu (“pot on fire”), is a strong, clear broth made from beef bones in which rice noodles, beef, and chicken, onions, Coriander, mint, chillies, limes, and spices such as pepper and star anise are served. Vietnamese basil and mung beans are added to the soup in various parts of Vietnam. The ingredients are often provided separately in bowls so that each person may create their own favourite soup.

The meal is available in markets and cookshops. It is also eaten during breakfast, which is unique for us.

According to the new German Chancellor Olaf Scholz, Pho soup is a traditional Christmas supper. “We have Pho Bo,” he told “Bild” about his Christmas traditions. “That warms. And reminds me of a great vacation with my wife in Vietnam.”

Lucia Pham, an artist, thinks that her animation would bring the soup closer to people. “I think the graphic and motion design in the Doodle can assist individuals who don’t grasp the components and preparation of pho,” she added. Pho is, in her opinion, a “valuable Vietnamese meal” that she can only recommend. 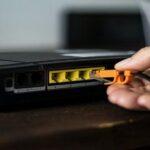 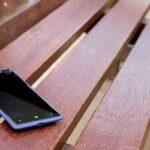