The European Medicines Agency (EMA) has instructed the general population that has received the Covid-19 vaccine from AstraZeneca to be alert to the early signs and symptoms of Guillain-Barré syndrome for early treatment.

In a statement, the EMA said that the vaccine and Guillain-Barré syndrome are not ruled out or confirmed for now.

For its part, the Safety Committee (PRAC) has recommended that AstraZeneca include a warning to help raise awareness among healthcare professionals and those who will receive the AstraZeneca vaccine about the reported cases of Guillain-Barré syndrome in patients after vaccination.

The PRAC has said that the available evidence has been evaluated as scientific information and an unconfirmed number of cases of the syndrome reported through the Eudravigilance database by countries of the European Economic Area (EEA), which includes the 27 of the EU, in addition to Iceland, Liechtenstein and Norway.

AstraZeneca Vaccine Guillain-Barré Symptoms You Should Watch Out For

The Guillain-Barré syndrome is a common disorder bit the immune system that causes inflammation of the nerves and can cause pain, numbness, muscle weakness and difficulty walking.

In view of the severity of this rare condition, the EMA will add a GBS warning in its summary of product characteristics and in the patient leaflet, adding that “healthcare professionals should be alert to the signs and symptoms of GBS , which allows an early diagnosis, care and treatment ”.

The PRAC advises people who receive the vaccine to seek “immediate” medical attention if they develop “weakness and paralysis in the extremities that can progress to the chest and face”, although it stressed that “the benefit-risk balance of the vaccine remains unchanged (positive) ”.

The EMA already warned in May, when it began the review of the reported cases, that the GBS was identified during the AstraZeneca conditional license authorization process as “a possible adverse event that requires specific security monitoring activities”, a vigilance that you will keep later as well. 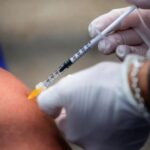 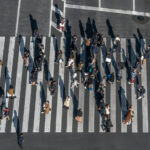