For Toronto (21-8-2), Jack Campbell made 23 saves to record his fourth shutout of the season, doubling his career total.

John Tavares, the captain of the Toronto Maple Leafs, played his 900th regular-season game, and his 231st with the team after joining in unrestricted free agency in July 2018.

COVID-19 pushes the NHL to reintroduce taxi squads in order to keep the season going.

Matt Murray stopped 34 shots for an undermanned Ottawa (9-18-2) — the Senators now have six players in the NHL’s COVID-19 protocol – in his first appearance with the big club since being banished to the AHL for a month to work on his game.

The Leafs and Senators returned to action for the first time since the NHL’s extended holiday schedule hiatus in response to the fourth wave of the COVID-19 pandemic, which was fueled by the fast-spreading Omicron strain.

Following an outbreak last month, Toronto had a high-water record of 14 players and seven staff members in coronavirus protocol, including head coach Sheldon Keefe, when it last suited up Dec. 14 in a 5-1 victory against the Oilers in Edmonton.

Leafs defenseman Jake Muzzin did not dress after practising for the first game since being released from isolation on Friday, leaving fellow blueliner Timothy Liljegren as the sole Toronto player remaining in protocol.

Ottawa was shut down earlier this season due to its own outbreak, resulting in three postponements, and now has six players in protocol, five of whom were revealed on Friday — No. 1 centre Josh Norris, wingers Tyler Ennis and Nick Paul, and defensemen Dillon Heatherington and Jacob Bernard-Docker.

D.J. Smith, head coach of the Senators, and an assistant were also previously in protocol, but they departed and rejoined the group early this week. Ottawa’s penultimate game before the NHL break was a 4-3 overtime loss to the Philadelphia Flyers on December 18.

After the Ontario government stated Thursday that attendance at indoor events, including arenas, will be regulated at 1,000 spectators or 50% – whichever is less – the game on Saturday was played without fans.

The government has already reduced capacity limitations to 50%, but Toronto’s home games on December 23 and Wednesday were cancelled owing to the team’s COVID-19 outbreak.

Maple Leaf Sports & Entertainment, which also owns the NBA’s Toronto Raptors, later said that it will operate without sold tickets for games for the following three weeks, save for league and team regulations.

Blue tarps, which were utilised during the 2020-21 season while spectators were restricted from Canadian stadiums until the playoffs, were reinstalled behind the benches to offer a more visually appealing backdrop for TV viewers.

However, there wasn’t much of it, since the first day of 2022 seemed eerily similar to the winter and spring of 2021.

Murray and his teammates held off two early Toronto power plays, including two great stops on Jason Spezza, as the Leafs led 8-0 at the time of the shot clock.

The Senators received their own man advantage later in the first period, but the host team scored twice while they were short-handed.

Brodie made a fantastic play to intercept a Drake Batherson pass as the Senators challenged Campbell with a 2-on-1 rush. With Thomas Chabot defending, David Kampf supplied Holl for his first goal of the season and first since March 25, 2021.

That breakthrough had yet to be revealed inside the vast building when Mikheyev, who made his season debut Dec. 14 after suffering a thumb injury in Toronto’s last exhibition game, collected a feed from Kerfoot before blowing past rookie defenseman Lassi Thomson and shooting his first.

The goals tied a franchise record for the fastest while shorthanded, established on Nov. 16, 1986 by Borje Salming and Greg Terrion.

On the other end, Campbell didn’t have much to do, but he stopped Alex Formenton on a terrific rush in the second period before Murray stopped Tavares and Auston Matthews on Toronto’s fourth power play.

After Murray made the first save, Brodie made it 3-0 at 7:18 with a beautiful wraparound attempt.

The Toronto defenseman then assisted his goalkeeper by tying up Formenton on Campbell’s doorstep and a loose puck in the frame to hold the advantage at 3-0 at the break.

Nylander scored his 14th goal on a breakaway with 6:19 remaining in regulation, and Mikheyev followed with his second of the night on a power play only 1:01 later.

With 2:46 remaining on the clock, Nylander completed the scoring. 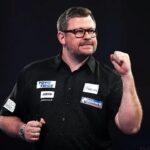 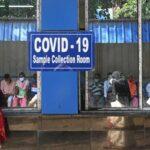