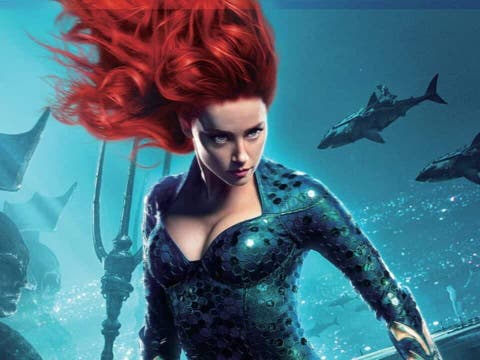 The latest hour on Amber Heard has sparked a historic boycott of the DCEU. Aquaman 2 now has to face public opinion.

Johnny Depp won his court battle against Amber Heard . However, for some people that is not enough. There are those who feel that the Pirates of the Caribbean actor’s career was unfairly cut short after his ex-wife described him as a batterer. The latest news about the actress and her multiplied role in Aquaman 2 has caused an immediate reaction among fans. On social media, the DC Comics sequel has received a historic boycott.

It all started yesterday when a Twitter user called Undercover Audience took for good the information published on the Internet. This guy claimed that the latest test screenings of Aquaman 2 had multiplied Amber Heard’s screen time as Mera . Warner Bros. Pictures hadn’t just given him the promised ten minutes. He had raised the time of appearance in the footage of the actress to 20 or 25 minutes, approximately.

It was reported a while back that Warner Bros. Pictures had cut Amber Heard’s role in Aquaman 2 due to her issues with Jason Momoa . “They had no chemistry,” the studio claimed. However, all signs indicate that the main reason has been the legal battle against Johnny Depp. Switching Mera would have been the smartest move in the DC Extended Universe . Especially now that there is a large majority who do not want the actress in the saga and are making a massive boycott.

What is the reason for this boycott of Aquaman 2 ? It is most likely motivated by the firing of Johnny Depp in Fantastic Beasts: Dumbledore’s Secrets and his replacement at the hands of Mads Mikkelsen . Some fans want Amber Heard to suffer the same as Mera. There have been rumors about it, with some even pointing to Paris Hilton . Be that as it may, the hashtag #BoycottAquaman2 has already been launched, has created a trend and has spread like wildfire.

Movements in social networks are already a classic

It should be noted that the movement’s response on social networks is a reaction to a rumour. However, the fact that it became a global trend in a matter of minutes says a lot about the situation. Obviously a lot of fans don’t want to see Aquaman 2 if Amber Heard appears in it. Whether or not Warner Bros. Pictures wants to take fan feedback into account is an entirely different question and is out of the question.

#ReleaseTheSnyderCut showed the power that fans can have, but the first King of Atlantis movie was a $1 billion plus hit. It would be rare for the studio to want this sequel to be deliberately mired in controversy and negative opinion or social media campaigns. The question that now arises is whether there is time to replace Amber Heard’s Mera in Aquaman 2 before she hits theaters. The premiere is scheduled for March 17, 2023 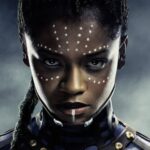