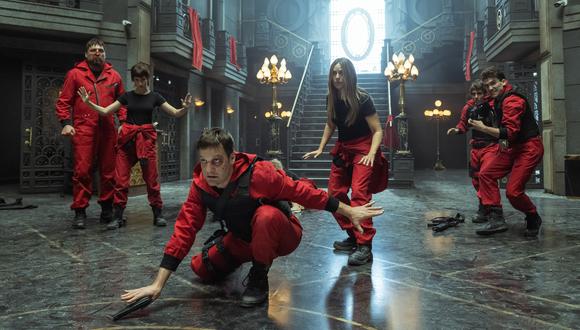 The first part of the fifth and final season of a casa de papel premiered this Friday, September 3 through Netflix. In this installment, the followers of the Spanish series have been surprised by the death of one of the main characters that was accompanied by a particular melody.

In the fifth episode, Tokio, played by Úrsula Corberó, loses her life after exploding multiple grenades attached to her body. This she does when she is wounded with several bullets in a confrontation with the Army, which was sent to the interior of the Bank of Spain to end the robbery.

The explosion not only causes his death, but also that of Gandía, the security guard who murdered Nairobi (Alba Flores) in the fourth season.

During this strong scene from La casa de papel, the melody of Grândola, Vila Morena, a classic Portuguese song, is heard.

The story of the single

This song was the one that started the Carnation Revolution in 1974. Its original version in Portuguese was written by the artist José Manuel Cerqueira Afonso dos Santos, better known as José Afonso. The melody was banned by the dictatorial regime of Antonio de Oliveira Salazar, who ruled Portugal since 1926.

In April 1974, the Portuguese people were waiting to hear the two signals agreed by the Movement of the Armed Forces (MFA) to begin the uprising against the regime.

The first was the song E depois do Adeus by Paulo de Carvalho that sounded on the night of April 24 through Rádio Emissores Associados in Lisbon. While, at dawn on April 25, Radio Renascença, a Portuguese Catholic station, was in charge of playing Grândola, Vila Morena.

That was the second signal and with it the people had to locate themselves in the strategic points of the country. In the following hours, the dictatorship of Antonio de Oliveira Salazar collapsed. In this way, the song became a symbol of the revolution and democracy in Portugal.

José Afonso composed this song in honor of the Sociedad Musical Fraternidad Operaria Grandolense of the Portuguese town of Grândola, because on a visit he made in 1964 he was impressed by the consciousness and political maturity of the members of this organization.

Grândola, Vila Morena was the fifth song included in the album Cantigas de Maio by José Afonso, recorded in France in 1971. It was arranged and conducted by José Mário Branco.

After the Carnation Revolution, the single has been covered in different languages ​​and countries around the world. For example, the Brazilian rock group 365 did so under the title of Vila Morena and in Spain, the Sevillian rock and punk group Reincidentes contributed their heavy touch.

The version for “The paper house”

Singers Pablo Alborán and Cecilia Krull were in charge of making the new version of Grândola, Vila Morena for the fifth season of the successful Spanish series.

The title Grândola, Vila Morena is accompanied by the word requiem. That is a musical composition that is performed at a mass for the dead, and it is played precisely at the moment that Tokyo dies.

Surprise! I can’t be happier, Alboran wrote on his Instagram account accompanied by an image of the single for the Spanish series. Krull responded to the publication saying that it is a real dream .

In addition, the “war version” of Grândola, Vila Morena” has been published, which is an instrumental performed by Krull alone.

It should be remembered that Cecilia Krull, an artist from Madrid of German origin, gave the voice to the song My Life Is Going On, the main theme of La casa de papel from its first chapter.

The fifth season of La casa de papel has been divided into two parts. The first one was released this Friday, September 3 through the Netflix streaming platform; while the second can be seen from next December 3. 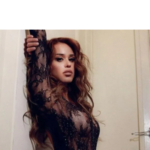 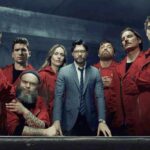