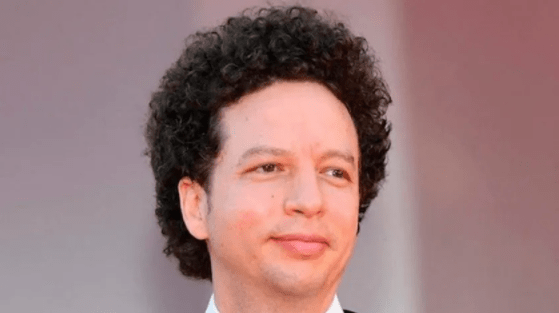 VENEZIA – One out of every four films that compete for the Golden Lion in Venice are Hispanic, a fact that one of its applicants, the Mexican Michel Franco, believes reveals the good moment of Latin cinema: There is no other region (of the world) that has the power of Ibero-American cinema, he says in an interview with Efe before the premiere of his film, Sundown.

The director competes with that work and also as a producer of La Caja, by his friend the Venezuelan Lorenzo Vigas, in a Mostra in which the Chilean Pablo Larraín, the Argentine Gastón Duprat and Marcelo Cohn, and the Spanish Pedro Almodóvar are also present. Proof, in his opinion, is that Hispanic or Latino cinema is at its best by far.

His is a comeback after winning the Silver Lion last year for the shocking New Order, although now he does so with a more introspective but also full of suspense.

Sundown is the decline of a wealthy British family, led by Neil (Tim Roth) and Alice (Charlotte Gainsbourg), who spend the summer in Acapulco until an unexpected tragedy interrupts the holiday and divides the family, revealing entirely unexpected tensions.

In the feature film Roth, with whom he has returned to work after having him in the successful Chronic (2015), he is a kind of nihilistic ” foreigner ” in an inhospitable and violent world, through which he wanders without considering the risks that entail.

Franco (Mexico City, 1979) thought about this project in the midst of a personal crisis and the writing of the script took him only two weeks, almost redeeming his anguish: When entering certain topics you find some kind of satisfaction to be able to move on.

It is one of the many stories that, he assures, have been around his head for a long time because he has “enough movies for the next few years, I don’t know how many years,” he says sitting on the roof of the Venetian hotel.

His stories are always born from his own handwriting because he believes that the artist should write his works against the fashion of super-production: “I do not conceive of cinema not written by the director himself,” he points out.

“All the directors that interest me are authors. Of course, I would direct something that I have not written as long as it comes from some logic and interests me, but it is difficult because it usually comes from my obsessions, my fears, my tastes. I have enough films in my head so as not to look elsewhere,” he promises.

Because art, in short, is also there for that, to deal with certain concerns or desires.

What he does not contemplate is putting himself at the command of the big production houses to shoot the stories of superheroes so fashionable in these times: Never say never because life can take turns but I am not interested in the least, it is not cinema, ditch, letting out a laugh that sounds like a declaration of principles.
His ways tend to surprise, to pull the viewer by the jacket, by his own decision.

“I can’t stand to see a movie in which there are no twists, in which a formula is used that dictates the first ten minutes who is good, who is bad and what is going to happen and assures you that the end is satisfactory. I hate that cinema,” he answers bluntly.

It is the artistic style that most seduces him and gives two clear examples: Veridiana (1961) by Luis Buñuel and the style of the surcoreando Bong Joon-ho, Óscar for Parasite and who this year presides over the jury that will decide the awards of the Mostra Venetian.

The director of After Lucía (2012) says that his inspiration is the street, going down into the mud, and denies living far from reality as they reproach him in his country, claiming that his filming is often in marginal areas, as shown, for example, In the eyes (2013).

But it does not only nourish your imagination on a day-to-day basis. In recent times, literature occupies a large part of his time, as is the responsibility of any good screenwriter.
“I try to read a lot because unfortunately when I was young I read very little. So now I try to recover time and inspiration comes more from literature than from cinema,” he reveals.

Among his reference books are those of Philip Roth, Saul Bellow, or Fiódor Dostoyevski, but especially Juan Rulfo: “His books are a miracle”, he concludes. 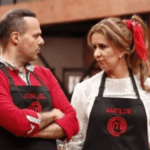 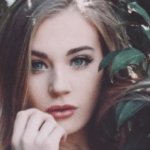