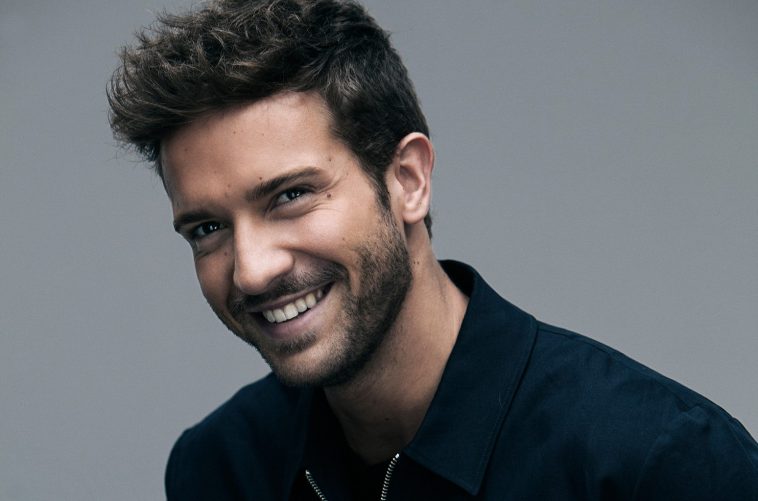 Intimate Pablo Alboran: "I need a thousand lives to know what love is"

“Only you make my soul wake up with your light…”, says one of the songs that led him to global recognition stardom is just one of the multiple melodies that keep Pablo Alboran as one of the great Spanish talents of his time. modern. This is confirmed by more than 20 nominations for the awards given by the Latin Recording Academy. “The first time it was surreal, I didn’t even know what the Latin Grammys were. In fact, I took my whole family to the awards,” recalls Alboran.

This year, for the first time in his career, the Spanish artist is nominated in the main categories: Song and Record of the Year for Si Hubieras Querido. And his latest album Vertigo, an album that was made during the quarantine, is nominated for Album of the Year and Best Traditional Pop Album. “Happy and grateful because I value the nominations this year more than ever since it has been a year where releasing an album has been a challenge,” he says.

He recently released the single Rain on Wet, along with Aitana and Álvaro de Luna. A song that had been spinning in his head for a long time and he couldn’t put it into words until he got together with both of them.

In several of his songs, he speaks openly about love, disappointments, and breakups, so when listening to them, his live performances feel to the surface. “An album means something different the moment you live it,” he says. And he adds: “I do not take loneliness well. Although he admits that he does like his chosen solitude. However, during the pandemic, Pablo felt a total disconnection, internally, in the absence of contact with his producers, team, and, especially, his fans.

For this reason, the Spaniard assures that creating his songs in confinement has not been his favorite method, since he always prefers to feel close to those he loves the most. Even so, the 32-year-old from Malaga is nominated for a Latin Grammy for the record work he did remotely. And finally, you could get one or more megaphones from the Academy of Music.

His intimate life: his faithful companion and loneliness

Behind this subtle artist, who on more than one occasion has sung of love and lack of love, there is a faithful companion who has been involved in all his plans: his dog. Pablo confesses that he has no qualms about talking to his pet. And he assures that more than one person does the same: “I imagine conversations that I have not had. Things that I have not said that I would have liked to say ”, refers to this curious fact.

His dog is limited to walking and doing his thing on long walks with Pablo, while he uses him as a confidant. Perhaps it is even the only witness to their new songs. Especially in times of Covid.

Vertigo: his most recent work

Contrary to remaining in complete stillness in confinement, Pablo decided to start his musical project and create “Vertigo” which, incidentally, earned him four important nominations such as “Best Album”, “Best Traditional Pop Vocal Album”, “Best Song of the World year” and “Recording of the year”. Not even locked up does he stop to create jewels that he usually shows to his public. “I have a curiosity for life, a constant concern and a passion for everything I do” refers to the man from Malaga.

Alboran softens and adds in his confessions that, after this complex situation that still exists, emotions are validated much more than he used to do from the beginning. Therefore, he claims to be “a person who places great value on emotion and love of course” . His music has been the vehicle for many of his faithful musical listeners. And, is that, in the midst of little sensitive urban sounds and without contexts of old-fashioned romances, Pablo sprouts a passion for sensitivity through musicality. “What I do without passion does not work out for me, if I do not give myself 100 percent I prefer not to do it.”

Although he seems a total expert in love matters – his lyrical compositions could be the confirmation – it seems that he is not like that. The artist assures that he has a long way to go in this aspect of existence. “I personally lack a thousand lives to know what love is,” he says. And even though he knows a part of this feeling, he believes that every relationship is different. “The important thing is that you give the best you have of yourself to whoever comes close to you,” he says.

For the artist, not everything is creating music. He also prefers to be distracted by watching some series like HBO’s Mare of Easttown, which is the latest that has driven him crazy. And, he adds, he is not a marathoner, but Netflix’s Clickbait is one that has him hooked: “I’m finishing watching it.” And while he didn’t admit it at first, he was also one of the millions of people who didn’t miss The Squid Game. His favorite series, among many, is HBO’s Game of Thrones. 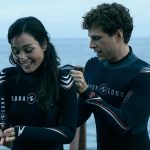 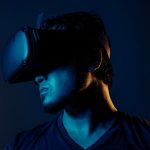