David Harbor, actor that gives life to Hellboy, noted that there is an internal fight in his character, also that it will be based on Mike Mignola’s comic.

Hellboy returns to the big screen in April of this year and we can already know some details of this character that will now be starring David Harbor, in addition to being directed by Neil Marshall. So the actor anticipated certain aspects of this character. 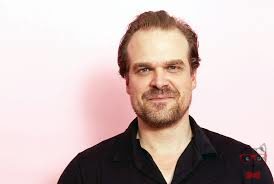 In this film, we will see him face Anung a Rama with Nimue The Blood Queen, after what was seen in the first trailer that left several of his followers confused about what they expect from this new story.

So to clarify some doubts left by the advance, nobody better than the actor who gives life to Hellboy, David Harbor. He spoke with USA Today about what his character’s bow will be like. “I love that he is destined to bring the apocalypse but he just wants to be a good guy.”

“Hellboy is fundamentally a sweet guy with a good heart who is also a great killer, who hits people,” was what the actor said. In that last part where it refers to hitting people is precisely what Hellboy is going in a new photo of the film revealed next to the interview with Harbor.

Previously, it had been mentioned that Hellboy will bet on being a horror and blood film, however, in the trailer it was more a dose of comedy. Although Harbor indicated that the focus will continue in the internal fight of the titular character. “We explore the horror that must come from hell and fight to find your place among human beings,” he explained.