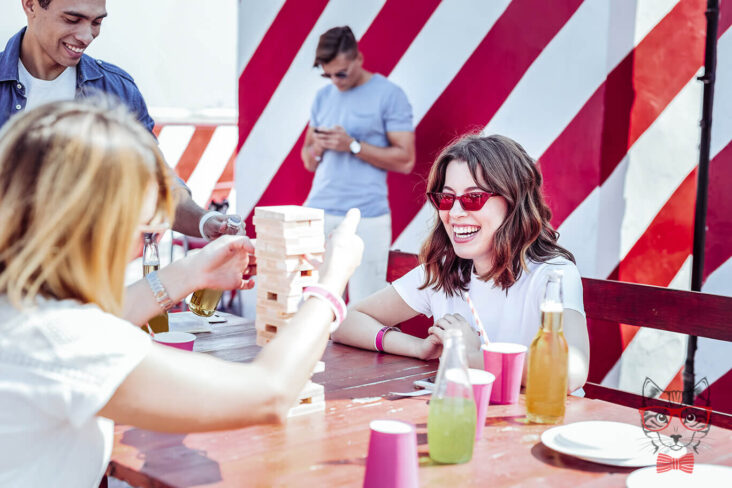 Arguably, nothing is more useful and effective for breaking the ice with strangers than having a couple of drinks together. Drinking in company breaks down any language barrier and quickly makes you the best friend of someone with whom you may only share an hour or two of your life.

Luckily for us, on this road to collective “spark” we have a wonderful invention: group drinking games! And it is that since time immemorial, drunks from all corners of the world have been developing a series of games that mix sport, skill and alcohol to facilitate the task of socializing. After collecting all this popular wisdom, we have the honor to present you in the next post… the “Best Drinking Games in the World”!

The videos in this article are based on real drinking games. Some stages have been decorated for dramatic purposes. During the making of these videos, no Hostelworld employee has been injured, nor has their dignity.

Let’s go there! We start with my country of origin …

God Save The Queen

You will need: a 50 cent coin or one euro

The rules are simple. In the original game, you look for a coin that has the head of Queen Elizabeth on one of the two sides (it will be the only currency that we use throughout the game), but if you don’t have pounds you can choose another currency. We then choose a random player to start the game. That player will have to successfully put or toss the coin into the drink of any of the other players in order to sink it to the bottom of the glass. When this happens, the player will cry “God save the Queen” (in English, God save the Queen ) and the owner drink your drink should be completed as quickly as possible to prevent the queen from drowning.Hurrah! Now that person will be the one who gains control of the coin and will have to choose their next target at random to continue the game. The grace is that the other players defend their drinks in the best possible way to prevent the coin from leaking into their glasses!

You will need: Nothing!

This is probably the most famous drinking game in Australia! The G’Day Bruce , which in Spanish would be translated as “Good morning Bruce”, requires nothing more than your attention. And although it may seem simple at first, after a few drinks it may start to get a little more confusing… trust me!

First of all, you will all have to sit in a circle. Player 1 then turns to one of the other players sitting next to him and says “Good morning Bruce!” ( G’Day Bruce , in English).

Then Player 2 will respond to Player 1 by saying “Good morning Bruce!” ( G’Day Bruce) .

Okay, we imagine you’ve already got a bit of where the game is going, right? The idea is that the cycle repeats itself without making a mistake with the order at any time. When one of the players gets lost and cannot keep up with the game, then he has to give himself a new nickname (Australian nicknames such as Sheila, shrimponthebarbie, Wallaby, Roo, Dingo, Koala… are normally used in Australia).

This makes the game a LOT of complicated, because participants have to remember each player’s new names when greeting each other.

You will need: plastic cups, a table, a plastic tarp and a hose.

The Slip and Flip is the best drinking games of the summer! It is a hybrid between two classics from the United States, the Slip n Slide and the Flip Cup , and consists of a race of speed and skill, so you can train now!

To start, the players must be divided into two teams with the same number of people. The first two players, from opposite teams, will have to slide as fast as they can on a plastic canvas that will be placed on the ground and that will have been previously wet with a hose (in the United States it is precisely known as Slip n Slide ). The goal is to get to a table at the end of the canvas with lots of glasses (the Flip Cup ) as quickly as possible . When the player reaches the table, he must take his glass (which he will have previously filled with his favorite drink) and he will have to drink it as soon as possible.Next you should rest the empty glass on the edge of the table and try to turn it 180 ° using only your finger so that it falls face down on the table. When the first of the players has completed the challenge, it is the turn of the next player on the same team, who will have to slide again, drink and try to flip the glass. The winning team will be the one that gets all its players to complete the cycle before those of the other team. Exercise and alcohol… the perfect balance!

You will need: some dice

Take the two data and throw them into the air. Each roll rolled will have a different meaning. For example, if you get:

More or less you get it, right?

On the other hand, if you roll a three (for example, adding 2 + 1) it means that you have had “bad luck” and you are going to jail . This means that you will not be able to serve any drinks until you leave, and to be able to leave, you will have to wait for your turn and get a double (that is, 2 + 2, 4 + 4 …) or have someone else draw a 2 + 1 and take your place in jail. Also, if while you are being held in jail someone rolls a 3 with one of the dice, you must drink!

If you roll and roll a 9 , the person to your left has to drink.

If you roll and get a 10 , everyone must toast (in French it would be saying Santé! ) And then drink from your glass.

If you roll and roll an 11 , the person to your right has to drink.

And in case you roll a 7 , everyone should put their thumbs on their forehead as quickly as possible and say , cookie!  (or  biscuit ). The last person to do so must drink again.

When rolling any other number, the player must simply pass the dice to the next person.

Although from the outset it seems that there are many rules, as soon as you learn them, it is a game that you will have a great time with!

You will need: shot glasses and a strong stomach

Do not worry! Luckily we are not referring to real Russian roulette. This game is very remotely based on the original game, so you don’t have to fear for your life. Of course, the hangover you may have the next day may make you change your mind …

Find six friends and six shot glasses and then fill five of them with water and one with vodka. The shots represent each of the chambers of a gun, that is, five are empty and one contains the bullet (which in this case would be the vodka shot). Pick one person to be the first lucky person to randomly pick a shot and then drink it straight. After the drink, the player must keep his face as immutable as possible so as not to reveal if what was inside was water or vodka (you will have to rehearse your best poker face!) , Or choose to tell others which shot is finished to take. The problem is that, in this case, the player could be lying or telling the truth. The goal of the rest of the group is to guess what was in the shot.If successful, the player must take another shot, but if the group’s decision is not correct, that person will be safe and it will be the next player’s turn. To increase the intensity of the game, we can substitute more glasses of water for vodka!

You’ll need: a board from the Looping Louie game

This game is a classic in Germany. At first it was child’s play, but then some genius came up with mixing it with alcohol and from there came a most exciting drinking game. In this case, each player has a total of three coins that symbolize their “lives” . In the center of the board will be Louie, a man who pilots a propelled plane that, as soon as the game starts, will begin to rotate around the board trying to knock down your coins, placed in a line. Luckily, next to your three coins you will have a button with which you can “defend” them by making Louie deviate from his path towards the sky and, hopefully, when he comes down, he will throw the coin at another player. The first to lose all their lives will have to drink their drink straight away!

You will need: some dice

Choose a player to roll the dice first. The goal is to get the highest possible score, for example:

2: 1 – equivalent to a Mexican: it is the highest score that can be obtained

3: 1 – equates to a scumbag : it doesn’t count as a turn, so you’ll have to drink the entire glass (sit down!) And roll the dice again.

The first thrower can decide if he wants to roll 1, 2 or 3 times the dice to try to obtain a higher score, but the only valid one will always be the last score he rolls. The rest of the players can then roll the dice the same number of times as Player 1 if they wish. Also, if a player can roll more than once within his turn, he may choose to roll only one of the dice to try to increase the chances of rolling a Mexican. For example, if you roll a 6 and a 1, you can take the die with the 6 and roll it again, hoping to roll a 2 the next time.

The player who gets the lowest score after each round of shooting will have to drink his drink as punishment.

8. The most international drinking game of the hostels

You will need: 22 individual red cups, a table about eight feet long, at least two ping pong balls and, of course, beer!

In this game you can introduce some variations. For example, there are people who say that if the ball “bounces” off a cup it means that you have to drink both glasses, so it is always better that before you start you review the rules of the game with your hostel colleagues to check that you are all there. agree.

These rules are not a game as such, but rather a set of guidelines that can be applied during any of the previous games. If you decide to apply them, anyone who breaks the rules will have to drink yes or yes. These are:

Now that you know the best group drinking games in the world, find a few friends, drink responsibly and… have a great time! 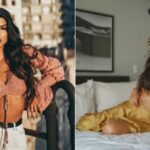