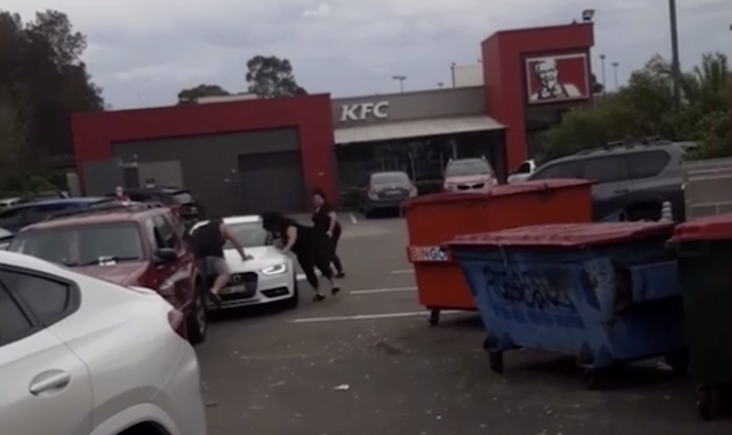 Post Noon yesterday, police were summoned to a KFC parking area on Hoxton Park Road, Liverpool, after reports that an alleged fight had broken out among a few people.

According to a spectator who recorded the event, the fight was “about parking”. Following the incident, a 30-year-old woman on foot allegedly hit the on the opposite side of the Driver seat of  Audi several times while the other driver – a 26-year-old woman attempted to flee the situation by driving away.

The entire incident was captured and posted to social media, the driver of the Audi can be seen allegedly accelerating towards a man and hitting him, while crashing into the back of the Ford.

He suffered minor injuries as a result of the physical alleged brawl. The victim was transported to Liverpool Hospital for medication after suffering mild injuries.

On Sunday, she appeared in court. The elder lady was also detained and charged with destroying or damaging property as well as fighting. She is scheduled to appear in court on Thursday.

Following the occurrence, a 30-year-old woman is accused of colliding with Audi while the p-plater driver, a 26-year-old woman, fled the scene. 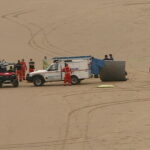 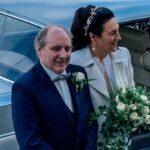