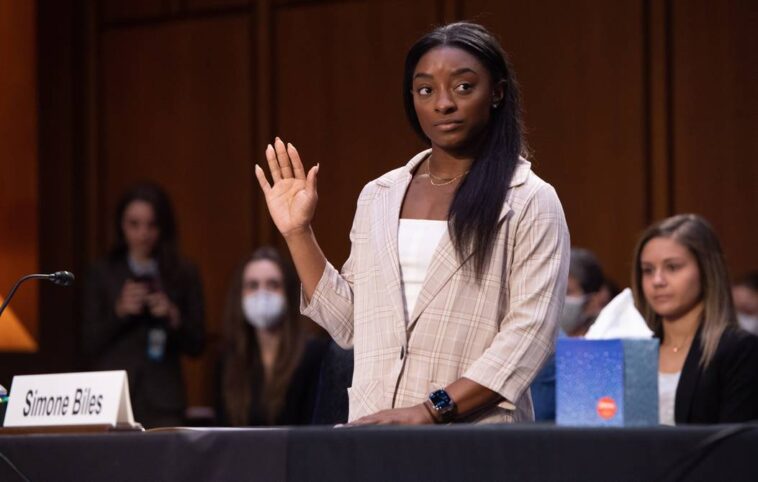 Olympic champion Simone Biles on Wednesday forced the United States to question the system that allowed Larry Nassar to use his position as a doctor for the national gymnastics team to sexually abuse her and hundreds of young athletes.

His voice cracked with emotion, Biles drew the strength to hold the Federation of Gymnastics (USA Gymnastics), the United States Olympic and Paralympic Committee, and the FBI accountable for having allowed Nassar to continue abusing gymnasts despite the fact that there were already complaints in her against.

“ I blame Larry Nassar and I also blame the entire system that allowed and perpetrated that abuse. USA Gymnastics and the US Olympic and Paralympic Committee knew I was being abused by the team’s official doctor, ”Biles told the Senate Judiciary Committee.

The Olympic champion also accused the FBI of having “turned its back” on the gymnasts by having responded inadequately and slowly to the first accusations of sexual abuse against Nassar, which allowed her to continue to perpetuate her abuses for months. For Biles, “ an entire system allowed and perpetrated ”those abuses against her and hundreds of young people, who because of their age did not even know that Nassar was abusing them.

“I do not want any other young Olympian or any other individual to suffer the horror that I and that hundreds of others have endured and continue to endure to this day,” said the gymnast, who burst into tears before dozens of legislators who watched her in silence.

For Biles, “an entire system allowed and perpetrated” these abuses against her and hundreds of young people, who because of their age did not even know that Nassar was abusing them.

“I do not want any other young Olympian or any other individual to suffer the horror that I and that hundreds of others have endured and continue to endure to this day,” said the gymnast, who burst into tears before dozens of legislators who watched her in silence.

Biles was accompanied by three other gymnasts who were abused by the former national team doctor and who encouraged each other by holding hands or exchanging supportive glances.

One of them, McKayla Maroney, who began to suffer abuse at the age of 13, recounted an incident that she suffered in 2015 in a hotel room in Tokyo and in which she came to fear for her life.

“That night I was naked, completely alone, with him abusing me for hours. I told the FBI that I thought I was going to die that night, because he was not going to let me go. But he did,” Maroney said.

Reading her testimony from her phone, her voice firm and visibly outraged, Maroney said that Nassar even assaulted her at the 2012 London Olympics before she won a gold medal.

The abuses of Nassar were continuous and had consequences for race gymnasts as Maggie Nichols, who was the first athlete active in denouncing abuses to the US Gymnastics Federation and who did not return after being selected for the Olympic team.

“For hundreds of Larry Nassar survivors, this hearing is our last chance to get justice,” Nichols said.

Aly Raisman, for her part, recounted the impact that abuse has had on the lives of athletes.

She, she said, went from training at the highest level for seven hours a day to having to sit in the shower to wash her hair because she didn’t have enough energy to stand.

The main objective of the Senate hearing in which the athletes appeared is to clarify why the FBI office in Indianapolis – where the Federation of Gymnastics is based – responded inadequately to the complaints against Nassar.

An internal Justice Department report last July revealed serious errors within the FBI that stalled the investigation for months.

Hours before today’s hearing, local media reported that the FBI had fired Agent Michael Langeman, one of those charged with overseeing the Nassar investigation and who lied to the Justice Department during the internal investigation.

That investigation revealed that, in 2015, as gymnasts denounced the abuse, FBI Indianapolis bureau chief Jay Abbott, now retired, was in talks with then-gymnastics federation president Steve Penny about a job on the committee. Olympic, something that finally did not happen.

FBI Director Christopher Wray also appeared before the Senate committee on Wednesday and apologized to survivors of the abuses.

“I want to be very clear: the actions and inactions of the FBI employees were totally unacceptable,” said Wray, who however did not announce any actions against the agents.

He received his convictions between December 2017 and February 2018, in trials that coincided with the outbreak of the #MeToo movement. (I) 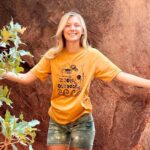