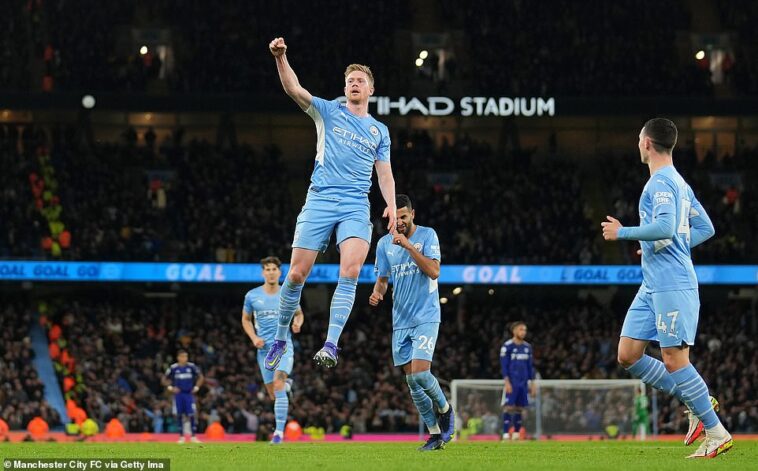 The hosts were three goals up at halftime, thanks to strikes from Phil Foden, Jack Grealish, and Kevin De Bruyne, who placed them ahead of Leeds.

Riyad Mahrez extended City’s lead early in the second half when his drive from inside the penalty area deflected off Junior Firpo and past Leeds keeper Illan Meslier.

De Bruyne scored his second goal of the game just beyond the hour mark with a thunderbolt from a distance after Manchester City dispossessed Leeds in their own half for a 5-0 victory.

As the second half progressed, John Stones made it six goals for Manchester City, slamming a rebound from his own shot into the top of the net to finish Leeds’ biggest Premier League loss in history.

Prior to this match, Leeds’ greatest defeat in England’s top division was a 5-0 loss to Liverpool in the 1995-96 season.

“There is nothing positive to take away from our performance,” Bielsa stated. “I can’t think of anything worth valuing. When nothing is done well, it is the behaviour and organisation that fails, not the individuals. I have no excuse to provide.

“Everything that happened was what we wanted to avoid. As there’s nothing to take from it, it’s inevitable I have to take responsibility for a defeat of this type. We’ve never had a performance like the one today.”

City weren’t done, though, as Nathan Ake rose to meet a corner kick and blasted his header past Meslier to bring the hosts to the final scoreline in a humbling defeat for Marcelo Bielsa’s side.

De Bruyne, whose recovery to fitness has been hindered by COVID-19, described the triumph as a “booster” for the team.

“I think we played incredibly well, especially against the way they pressed. We found the right times to attack them. When we were 3-0 or 4-0 up it gets tough for them and they tried to keep it tight in the second half, but we had a lot of chances to score more. It’s good for everybody, a lot of people who maybe didn’t play a lot played today and chipped in. For the whole team, it is a booster.”

Man City leads second-placed Liverpool by four points and third-placed Chelsea by five, with Pep Guardiola’s squad having played one more game than the pursuing pair. 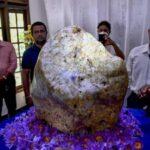 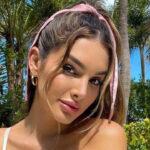