Big gum makers will spend up to £ 10 million ( $ 13.7 million ) over the next 5 years on a campaign to clean British streets of chewing gum and urge people to use litter bins,  British media report.

The program, which will be budgeted and privately funded, will feature Mars Wrigley, GlaxoSmithKline and Perfetti Van Melle and will be run by the Keep Britain Tidy charity, which estimates that almost 87% of the streets in England have discarded chewing gum. 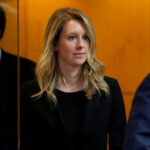