Assam Flood: The situation worsened by the floods in Assam is improving, but still 40, 700 people are affected by the floods. Meanwhile, due to the rise in the water level of the Nangal Bhanga river in the Chirang district of the state, the bridge built on it, which was made of bamboo, was washed away. During this, 4 people were present on the bridge, who got trapped. He was rescued by the local people after hard work. The water level of the river has increased significantly due to incessant rains for the last few days.

Cachar and Morigaon are most affected

Assam is affected by floods every year

The state of Assam experiences floods every year. The way the Kosi river is called the mourning of Bihar, in the same way, the Brahmaputra can be called the mourning of Assam, although this time the situation has been more affected by the floods in the local rivers. Embankment work in Assam has also been done in recent years. Every year the government and administration take their measures to avoid floods, but when the floods increase, lives get affected. Loss of life and property is the story of this state every year. 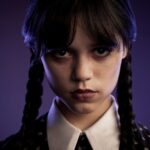 The Addams Family is back! Netflix shares first look at Jenna Ortega as Merlina
Next Article 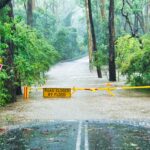