In the second season of the Disney+ series, Loki has already begun filming in London. And how could it be otherwise, the first images of the set show some scenes that puzzled and fascinated the fans? These are some photos in full production, which show that apparently, the story will have an obvious connection with Eternals. The possibility opens a new space for speculation on the plot of the return of Loki played by Tom Hiddleston to the multiscreen.

Contents
As Loki finds himself amid a multiverse-spanning questChange in tone, rhythm, and a fresh look toward the future

For now, the data on the new story has been kept in reserve. But, everything seems to indicate that the series will connect directly with the Marvel film saga. To the insistent rumors of cameos from the Thor sub-franchise, there is now unequivocal proof that, at least, there will be a reference to Eternals. Will the latest Marvel superheroes be included in one of the most popular series on Disney +? The eventuality would show that the second season of Loki could cover another aspect of the multiversal war at doors.

As filming continues in London, fan footage shows the titular Loki and Mobius (Owen Wilson) in formal wear touring the city. A new series of images also detail the set, in which a fictional movie poster of Kingo can be seen. As you may recall, the Eternal played by actor Kumail Nanjiani pretends to be part of a generation of Bollywood actors. The detail shows that, at least in the universe that Loki is in, the Eternals are as they were presented in Chloe Zhao’s film.

i think they’re shooting loki by the noël theatre in london rn pic.twitter.com/dId6JUdKpx

This is an intriguing fact. In the 2021 film, the new Marvel heroes make it clear that they had contact with Asgard. In an informal conversation, Kingo himself comments that “Thor used to tease him as a kid, only now he won’t answer my calls.” Is it a connection that goes beyond a merely circumstantial moment? Could the Eternal become a public figure an important element in the Disney + series?

As Loki finds himself amid a multiverse-spanning quest

But the poster is not the only evidence that shows that the series will go down some peculiar paths in its new plot. In the photos of the filming, some Easter Eggs of Zaniac and Phone Ranger can also be seen. Both are virtually unknown characters in the world of Marvel comics. A curious detail? Zaniac is part of the Moon Knight universe. For his part, Phone Ranger is related to that of Iron Man and Spider-Man. Will we see some eccentricities straight from the comic in the new season of the series?

The series, so far the only one besides the animated What if…?, to receive a second season, is one of the most anticipated productions of 2023. Become one of the central characters of the multiverse, Loki seems destined to be a piece pivotal in the story of phase four. Specifically, because so far he is the only character who knows exactly the enemy to defeat.

So far, all of the multiverse-related Marvel movies have dealt with the fallout from the real break. But none show any indication of knowing the existence of Kang, the Conqueror, his powers, or even the implications of him. That makes Loki a curious piece, on a much larger board that, for now, is not entirely clear. In Spider-Man: No Way Home, the multiverse demonstrated his possibilities of him. On the other extreme, Doctor Strange in the Multiverse of Madness showed his darkest places of him. However, for now, no character — except the Asgardian god — has a true idea of ​​the origin of the phenomenon they live. Which makes the second season of the series an interesting tour of whatever Marvel has planned for the future.

Change in tone, rhythm, and a fresh look toward the future

For now, everything is ready for the god of mischief and lies to return to his old ways. Eric Martin replaces Michael Waldron as a writer for the series. While the directors of Knight Moon (Moon Knight) Aaron Moorhead and Justin Benson will direct the new episodes. The decisions behind the camera suppose a change of rhythm and tone. The filmmaker duo made it clear that the new chapters will have a darker and darker tone.

The second season of Loki on Disney + does not yet have a premiere date. Beyond the fact that it will be part of Marvel productions in 2023, there is no indication of what can be expected from the program. A novelty amid Marvel’s increasingly public and transparent productions. 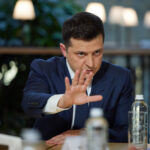 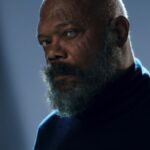