Poland syndrome is one of those pathologies that, because it occurs infrequently, have not been sufficiently investigated. However, it is a problem that, fortunately in most cases, can be solved thanks to reconstructive surgery.

The disease was discovered in the 19th century by Dr. Alfred Poland, a surgeon and an expert in anatomy. The doctor soon died of tuberculosis but carried out important studies on this disease, which led to this pathology receiving his name.

His investigations were followed by other specialists; Among them, Dr. Jean-Pierre Bouvet stands out, who went on to point out that Poland’s syndrome may have its origin in alterations in the blood vessels, although it could also be influenced by mechanical factors (suffering from thrombosis or embolisms), problems produced during the formation of arteries and veins at the time of embryonic development and even drug use by the mother during the gestation period.

The main theory of the cause of this disease is that, between the second and seventh week of pregnancy, there could have been a problem in the circulation of the embryonic blood that runs towards the arteries that are located under the clavicle, thus affecting both the arms development as well as chest development. But no recognized cause explains why this disruption of the bloodstream occurs.

What is clear is that, despite being a disease that is suffered from birth, it is not hereditary, and there are no genetic triggers that allow us to know if a baby will have this syndrome.

What is Poland syndrome?

For this birth defect to be diagnosed, two conditions must be met: the total or partial absence of the pectoralis major and a deformity in the hand on the side of the body where the affected chest is, either syndactyly or a brachydactyly. The syndactyly is the union of two or more fingers together; For its part, brachydactyly causes abnormal growth of the fingers, with too short appendages.

In the most serious cases, there may also be deformations in the ribs, chest, or armpits. This can include abnormal development of the sternum, agenesis of the ribs (incomplete development of this part of the body), and even the absence of abdominal muscles.

Chest malformations can go beyond the lack of pectoral muscle. There are patients in whom it is possible to appreciate aplasia or interrupted development of the nipple, an asymmetric nipple concerning the one with a healthy breast, or aplasia of the mammary gland. In most cases, the problem affects the right side of the body and occurs more often in men than in women. But since not much is known about this disease, there is no reason for these factors.

As the lack of development of the pectoral muscle is not always proof that Poland syndrome is suffered, it is necessary to go to the doctor to assess and diagnose each case in a specific way. 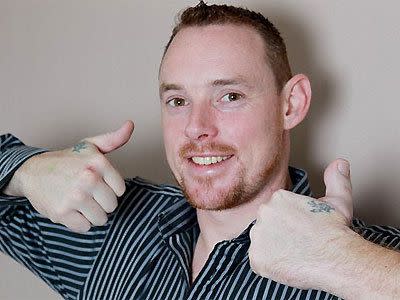 In most cases, it is women who usually seek a solution for this abnormal growth, basically because they lack breast development causes them more physical and emotional problems than it can cause in a man.

The most common is to opt for reconstructive surgery through a silicone gel prosthesis. It is even common to have an augmentation or reduction mammoplasty in the healthy breast to solve possible problems of breast asymmetry.

In the case of men, sometimes an attempt is made to transfer part of the latissimus muscle, but most patients prefer to resort to placing an autologous fat graft. In more serious cases, in addition to implanting a prosthesis, it is advisable to perform other interventions that strengthen the thorax.

To treat hand malformations, specifically syndactyly, surgical procedures are used to separate the fingers, which leads to a significant aesthetic improvement in the patient.

In reality, each case of Poland syndrome is different, so its effects and its possible treatment must be analyzed in a particular way. The surgical intervention to treat this disease can vary substantially from one patient to another, as can the evolution of the postoperative period and even the time necessary to reach a full recovery.

Logically, being a congenital malformation that significantly affects the normal development of the patient and their daily routines, reconstructive plastic surgery is covered by social security in these cases.

When is the best time to start treatment?

Being a congenital problem, it is appropriate for patients to put themselves in the hands of specialists as soon as possible. Although cosmetic surgery operations are not recommended in minors, in this case, the use of breast implants is part of reconstructive plastic surgery, so it can be done even in those cases in which the patient is still a minor (over 16 or 17 years old).

Poland syndrome causes significant problems for those who suffer from it, especially on a psychological level; that is why doctors are in favor of carrying out surgery as soon as possible.

How is the recovery?

The recovery process after the intervention can last several months. It is very similar to the one followed in a breast augmentation that is done for purely cosmetic reasons.

Complications are rare, but they can arise; Hence the importance for the patient to follow the letter the instructions are given by the doctor about the care to be followed after the operation and regularly attending their check-ups.

Once recovery is complete, the patient can resume life as normal.

Vicente Seguí, From OT 2003, Breaks Down At ‘Mediafest Night Fever’: “Thank You For Giving Opportunities To Singers With Fewer Opportunities”
Next Article