The Dragon Ball Super Power Tournament continues to reveal the mysteries of the fights, as was the case with Android 17 and its secret to victory. 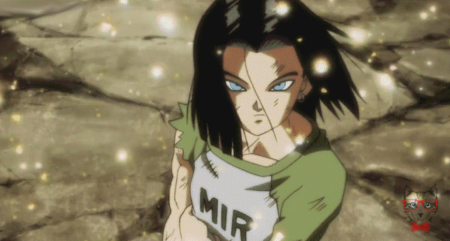 Dragon Ball Super managed to become the successful return of the anime to the delight of the fans, who met new characters from other universes in the Power Tournament, where Goku managed to emerge victorious in an incredible fight against Jiren; However, the surveys reveal that Android 17 was the character that most caught the attention of the story.

Android 17 was recruited by Goku and showed an incredible increase of power thanks to the training, in addition it became fundamental piece for the victory of the Universe 7 when developing a great strategy to defeat that was appreciated by millions of fans, who turned it into their favorite character.

However, until now many wonder how Android 17 managed to get out at the last moment without being detected by the enemy, who thought he had the victory until the last moment, when the ‘Z’ warrior came out of the rubble after protecting to Goku and Vegeta.

In chapter 42 of the manga his secret would have been exposed, since it revealed that he never exploded, but remained hidden until Freezer and Goku expelled Jiren from the stage, but there was still doubt about how his ki managed to disappear, and even more so when your energy is unlimited.

“Surprising indeed, we could not feel it, so we could not have known he lived,” the Great Priest explained before Tien confirmed that the androids do not have Ki. After being asked by Krillin about his resistance to the explosion, the Android made an important statement: “As if I had ever done such a thing, I also lost that function a long time ago, you are the one who wanted the bomb installed on me. , Krillin, “he said, recalling the wish the warrior without hair had asked Shenlong.