Mexico – The singer-songwriter Joan Sebastian was a man who loved life, music, life in the country, and many women. Has Mariana Seoane been one of them?

In an interview with the television program Venga la Alegría, Mariana shares that Joan Sebastian, who died in July 2015 at the age of 64, a victim of bone cancer, composed a song for her.

Amiga Mía is the name of the song that Mariana would have inspired to “El poeta del pueblo”, who was able to write hundreds of songs in her life and many placed them in the taste of the public in Mexico and other countries.

Mariana says that she feels honored for having inspired Joan Sebastian with such beautiful lyrics since she did not dedicate her time and inspiration to just anyone.

“I had the opportunity to be close to the teacher, rest in peace, Joan Sebastian, and what a father that such an enormous author wrote me this beautiful song,” says Alegría Mariana, singer of songs like Niña Buena.

Seoane is one of the most talented Mexican singers and actresses who have managed to stand out with her beauty and talent, not only in music but also in Mexican soap operas such as Amor gitano, Por ella soy Eva and Hasta el fin del mundo.

Mariana, in her role as a singer and since her beginnings in music, has had the opportunity to open concerts to celebrities such as José Manuel Figueroa, Marcos Antonio Solís “El Buki” and Juan Gabriel.

In addition, the beautiful artist has made a great friendship with several of them, especially Juan Gabriel, with whom she shared many days of her life and moments that she carries in her mind and heart.

In a recent interview with the media in CDMX, Mariana said of Juan Gabriel that she feels that his spirit is continuously manifested in her person, since she perceives his aroma, his presence, and is filled with nostalgia. 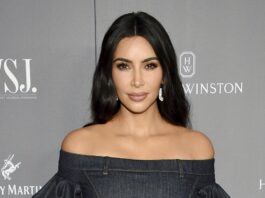