Did you know that Game of Thrones is an international phenomenon with more than 20 million viewers?

And it will happen again and again … If you knew all these things, that means you have paid attention to him, so then we will show him 22 facts that he probably did not know about Game of Thrones.

We have  prepared for you a selection of data from the set, which you probably did not know about.

# 22. Dothraki language can be learned

Do you want to talk like Khal Drogo? It is easy! The Dothraki language has approximately 3000 words and its number is increasing. The language was developed exclusively for the series by Davir Peterson, and thanks to the popularity of the series, it can be learned in real life.

Everyone remembers the famous royal wedding cake, filled with live pigeons. Surprisingly, George Martin did not invent the recipe, but used the idea of ​​Giovanni de Roselli, published in the book “Italian Banquet”, in the sixteenth century. In the series the cake was also authentic.

20. At Harvard they teach “Game of Thrones”

At Harvard there is the introductory course “The real” Game of Thrones “: from modern landmarks to medieval models.” Of course it is dedicated to the history of the Middle Ages, which is studied through the series.

19. The “most pirated” series in history

“Game of Thrones” broke all the records of illegal downloads and became the “most pirated” series in history.

In 2013 on the coasts of Brazil, the scientists found a new species of mollusks and named them Tritonia khaleesi in honor of the beautiful mother of dragons of the “Game of thrones”. 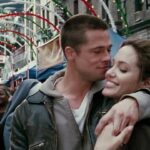