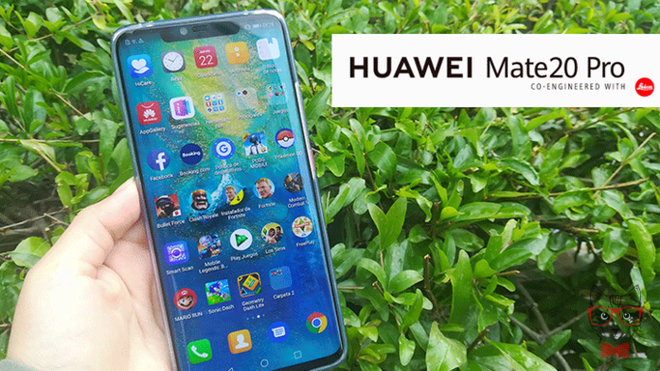 We tested the Huawei Mate 20 Pro, the flagship phone of the Chinese company Huawei, which has just been launched in Peru. Know its main features in more detail.

The most innovative telephone in the market arrived in Peru. We talk about the Huawei Mate 20 Pro, the most important device to date of the Chinese company Huawei. The smartphone was presented more than a month ago in Berlin and was surprised to be the first device in the world to have a triple camera, artificial intelligence, among other details. 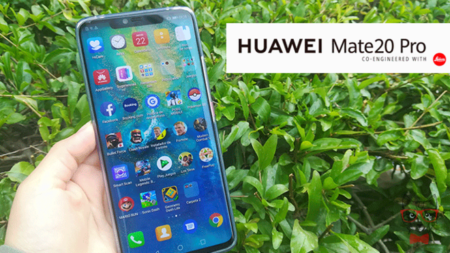 The Republic had access to the Mate 20 Pro cell phone thanks to Huawei Peru, and in this note we show you the first impressions of the high-end smartphone that we tested for two weeks, one of which was an underwater recording.

Huawei’s ship comes in a small black box that houses the Mate 20 Pro, a transparent rubber protector, a USB output charger, C-type cable, C-type earphones and a C-to-Mic headset adapter , plus a guide.

At first sight, the Huawei Mate 20 Pro surprises with its ergonomic design and crystal finish with soft curves; however, the prints are impregnated instantly. For its size of 72.3 mm in width, 157.8 mm in height and a thickness of 8.6 mm; the smartphone is very light in weight (198 grams) unlike the Galaxy S9, equipment with which it was compared.

The triple Leica camera that has the Huawei Mate 20 Pro highlights the touch, on the edges includes the typical volume and power buttons. In this version of the Mate 20 models, the external fingerprint reader was removed to be included in the screen. It does not have a speaker zone, since it was merged with the Type C input of the charger, this detail reduces a bit the sound power in video playback.

Eid Hirs, General Manager of Public Relations of Huawei Peru, indicated that the battery of the Huawei Mate 20 Pro is one of the strengths of the team, to prove it, we submitted the smartphone to more than 3 hours of video playback on YouTube, one hour game in Pokémon Go (with GPS enabled), plus one hour using the camera in photos and video, all for two days in a row with an initial percentage of 100 battery. The result left a battery at 30%, the team maintained with a good temperature, that way we could verify that, effectively, the 4.200 mAh with which the device has in its battery core support hours of continuous use without impairing performance.

One of the most important features of the Huawei Mate 20 Pro are its three rear cameras (40 megapixels of main, 20 megapixels of wide-angle, 8 megapixels of telephoto) and a front of 20 megapixels. When we opened the camera we could find seven ways to use the lens: Opening, night, portrait, photo, video, professional and more, the latter includes several options.

What we notice in the night shots is that the quality goes down a bit in resolution, but the lighting highlights the objects. The images captured during the day resulted in high quality and improved by the modes included in the system.

The Huawei phone has an operating system EMUI 9 that works with the Android version 9, a memory of 128 GB with 6 GB of RAM and supports an extra card of 256 GB. What gives artificial intelligence to the Mate 20 Pro is the 7nm Kirin 980 processor, this improves the levels of web and GPS navigation, speeds up the download time, allows 3D facial recognition to unlock the equipment, translation of information in Real time. 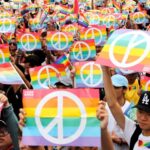 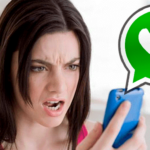