In Europe it is mandatory to equip since the entry into force of Euro 2 in 1996.

The function of the EGR valve is to recirculate part of the gases that come out through the exhaust towards the intake, that is, to reintroduce the smoke from the combustion of the engine into the cylinders in order to reduce the emissions of nitrogen oxides (NOx).

The EGR valve is a fundamental part of combustion engines to reduce polluting emissions, especially in diesel engines.

The operation of the EGR in modern engines is governed by the signal from the sensors for engine temperature, engine speed and throttle load . Depending on these, the car’s ECU will command the EGR, opening or closing it.

Some vehicles are equipped with EGR valves cooled by a heat exchanger that uses the engine coolant. In this way, the temperature of the gases is reduced when they are introduced into the cylinders and the production of NOx emissions is even lower.

It can be said that as a general rule the EGR valve opens with low throttle load, at low speed and with a warm engine . They do not usually act cold or when the engine requires more power, since its own operation produces a slight loss of it.

So the operation of the EGR valve detracts power from the engine . The colder the air entering the engine and the more oxygen it has, the more power the explosions will have and therefore the better the vehicle’s performance. 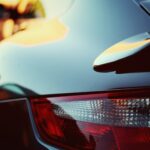