New Delhi: The weather in the national capital (Delhi)  became pleasant on Monday morning. It rained in many parts of Delhi in the early morning, giving relief to the people from the heat. For the last two to three days, there was thunderstorms and drizzle in the evening. But on Monday morning, suddenly dark clouds came into the sky and it started raining. The India Meteorological Department (IMD) had already predicted rain with strong winds.

#WATCH | Early morning breezy showers in the National Capital as it gets a breather from the intense heat.

There has been a relief from the heat due to rain in the entire NCR including the capital Delhi and Noida. It rained in Delhi, Noida, and Ghaziabad since early Monday. Earlier on Saturday, it rained in some parts of the national capital. At the same time, there was a dust storm.

Due to the strong storm, trees also fell on the road in the Dhaulakua area. At the same time, in the Delhi Cantonment area, a big tree was uprooted after strong wind and rain, due to which the traffic was disrupted.

The Meteorological Department had issued an orange alert for Delhi and NCR. In which light rain was predicted at a speed of 50 to 60 mph due to western disturbance. The rain also affected aircraft operations. Flight operations at Delhi airport were also affected due to bad weather.

The Meteorological Department had already predicted rain with strong thunderstorms on Monday. At the same time, there is a possibility of rain and thunderstorms on May 24 as well. On May 25, it will be partly cloudy, but a temperature rise can be seen. From May 26, the temperature can once again reach 40 degrees, which will rise further by May 28.

However, according to the Meteorological Department, the heat is likely to increase further next week. Delhi received only 2.2 mm of rain in May. This is the lowest rainfall in May in the last several years. 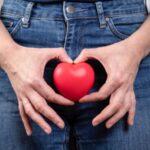 Learn More about What is Vaginal Rejuvenation Treatment Pros, Cons & Cost
Next Article