The Cumbre Vieja volcano, on the Spanish island of La Palma, in the Canary Islands archipelago, erupted on Sunday (19) after days of intense surveillance due to its seismic activity, local authorities announced.

“The eruption started in the Cabeza de Vaca area of ​​El Paso,” reported the island’s local government on its Twitter account, which has begun evacuating the inhabited areas near the volcano.

The volcano spewed large columns of smoke, ash and lava, according to the first images broadcast live on Spanish public television at around 4:30 pm (11:30 am BRAS).

Cumbre Vieja Complex, in La Palma, has been recording a series of earthquakes for days. The area was highlighted after news that it could generate a tsunami capable of affecting Brazil. The chances of this happening are very remote, scientists say. A volcano on the Spanish island of La Palma, in the Atlantic archipelago of the Canary Islands, erupted this Sunday (9/19) after a series of small earthquakes occurred in the area of ​​the complex. volcano of Cumbre Vieja for over a week.

The volcano erupted in an uninhabited mountainous area while the mobility-impaired population in neighbouring towns was being evacuated, causing small forest fires. In the area, large columns of volcanic materials are seen.

Since September 11, the National Geographic Institute and the Canary Islands Volcanic Institute have been recording an important accumulation of thousands of small earthquakes in the vicinity of the Cumbre Vieja, with outbreaks that began at a depth of more than 20 kilometers but gradually rose to the surface.

Since the beginning of the week, the island has been on yellow alert due to the volcanic hazard in the area. The alert system has four levels, with yellow being the second most serious.

This Sunday morning, authorities began to evacuate residents with mobility problems from the villages of municipalities located in the areas closest to the volcanic zone.

Spanish Prime Minister Pedro Sánchez also reported on Twitter about the increase in seismic risk on the island and assured that all administrations in the country are prepared to act in a coordinated manner in any situation.

Since there are historical records – from the conquest of the Canary Islands in the 15th century – La Palma was the scene of seven of the 16 volcanic eruptions that occurred in the archipelago.

Cumbre Vieja National Park is one of the most active volcanic complexes in the Canary Islands. Two of the last three eruptions recorded on the islands occurred there, the volcano San Juan, in 1949, and the Teneguía, in 1971.

The volcanic complex gained prominence in Brazil after it was reported that it would be the only one that, in the event of an explosive eruption — the highest level of volcanic activity — could be capable of generating landslides and causing a tsunami with sufficient force to reach the Brazilian coast. The risk of this scenario happening, however, is very low, according to experts. 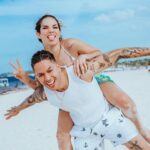 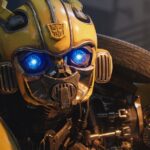