The beautiful former weather girl Yanet García surprised her followers with dream news, as she has received recognition and shared an emotional message on her social networks, since this is thanks to all of them.

he famous Mexican influencer is once again a trend of all the news portals of the entertainment world throughout Latin America by sharing a news that she just gave on her official Instagram account.

As you may remember, Yanet did not have the figure that she has today on several occasions, she has shared how her change has been, however, recently in a couple of images in her stories on her Instagram account she demonstrated the great change she had in her body after years and years of exhaustive training.

It may interest you: Yanet

And it is thanks to that great, but surprising change that today allows him to have one of the most attractive silhouettes in all of Mexico.

For her part, since a couple of years ago when she stopped being “the weather girl”, the 30-year-old girl born in the city of Monterrey has dedicated herself through her social networks to providing health advice and workout routines to his more than 13 million followers.

While Yanet García in another of her Instagram stories showed how recognized she is, since she shared a video where she is seen thanking Socialiteen Magazine for her award as influencer of the year.

It is for that reason that yesterday he shared an emotional message to his millions of fans on social networks.

I finally have it in my hands !!! Thanks to @socialiteen Magazine. For this incredible ‘Healthy Influencer of the Year’ award. But above all thanks to YOU ​​who are reading this post for all your support and for being part of this incredible family !! This is all for you! LOVE YOU VERY MUCH!!! This is just beginning. “

Also, in addition to participating as a presenter on the small screen, the beautiful Mexican participated in two films for international cinema.

The first was in 2017, where he had a minor role in the American feature film called “Sharknado 5: Global Swarming.”

It belongs to the science fiction genre. Later and after two years came his first leading role in the Spanish production called “Bellezonismo”.

The truth is that not a week goes by without Yanet falling in love with his followers on his Instagram, because the girlfriend of the athlete and writer Lewis Howes has more than 13 and a half million followers who wait for each photo and video to fill his profile with comments and I like.

The native of Monterrey is an extremely active celebrity in all social networks and in them we can find her advertising campaigns, her television interventions or her moments of relaxation, something that Yanet fans love to see.

In fact, in recent days, Yanet García shared a daring photograph on his official Instagram account that dazzled a large part of his millions of fans around the world.

In it you can see the Latina displaying all her beauty before the camera from a room next to a bed and in the company of her trusted photographer.

As expected, said publication of the Lewis Howes couple was quickly filled with reactions, easily surpassing the barrier of 350 thousand hearts to this day. 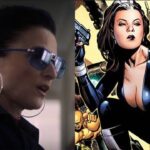 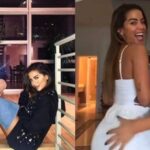