Sarah Kohan has assumed with the best attitude all the changes that have taken place in the last couple of years, one of the best known being their separation. However, throughout this time, something has been a constant in the model’s life, and that is her love and her dedication to her children. A few weeks ago, the beautiful Australian celebrated the third birthday of Noah, her firstborn, and the scenario could not have been better, because together with him and her little sister Nala, they traveled to London, the city that was their home a few years ago. After a few days in the British capital, where she met with El Chicharito, the influencer moved with her little ones to Italy and then to France, in what has been an unforgettable family vacation. Of this and other endearing moments, Sarah Kohan has shared photos of herself on social networks, however, she has been careful not to show the faces of her children. Questioned directly on this subject, the model has explained the reasons why Sarah Kohan made this decision a long time ago.

In the middle of her trip through Corsica, France, Sarah Kohan opened a question and answer session on Instagram to interact with her followers, something she hadn’t done for a long time. “I haven’t done this in years. Ask me a question,” she wrote. One of the first topics that she arose in this dynamic was regarding her children since one of her followers confessed to missing the little ones and asked why they could no longer see them. Bluntly, the model answered this question, explaining the reasons behind her decision to take care of the identity of her offspring. “After Noah turned 2 I decided that she no longer felt comfortable showing his face,” the Australian wrote.“They can decide if they want to be public when they are older, but for now their safety is my priority,” he added in his response.

This measure was taken in agreement with El Chicharito Hernández since he has also been careful when publishing photos and videos with his children. As Sarah Kohan commented, even before Noah turned two, she and the soccer player shared photos of him on their social networks, as well as of Nala after his arrival in October 2020. With this decision, the model has opted to hide most of the photos of their children’s faces from their Instagram feed, leaving only a few from when they were babies. Now, both she and the Mexican striker publish partial images of the little ones, distant shots of her back, all to protect her identity from the public eye as much as possible.

In her interaction with her followers, Sarah Kohan delved into her experience with motherhood. “We’re great, thanks. A lot of things have happened basically since Noah was born, and specifically in the last 18 months -2 years,” she wrote when asked how she and her children were currently doing. “It hasn’t been easy, but I’m so thankful to have happy healthy babies,” she added. The model also spoke of her experience traveling with young children, and if she recognized that it is not easy, she assured us that these experiences are invaluable. Seeing her so full and dedicated to her motherhood, it was inevitable that her question arose as to whether she would dare to write to the stork again. “I hope so with the right person”, he replied when asked if he would have more children.

Those who have followed Sarah Kohan for a long time have been able to witness the changes that the model has gone through in recent years, including those in physical appearance. As in any other woman, pregnancies have influenced her figure, which she has always accepted as a good promoter of her self-esteem. Some of her followers have made it clear in the comments of the influencer’s posts that she looks slimmer than before, and now that she did a question and answer session, they jumped at the chance to question her about it. “Your diet or secret to losing weight! You look just perfect,” wrote one follower.

Sarah Kohan responded with all sincerity, assuring that the changes in her physique have been the result of a process that has to do with motherhood and balance in her life. “To be honest, I don’t have any secrets… I had been on the pill for 12 years before I had my first baby, and I feel like it kept me above my natural weight,” she explained. “I also cared a lot about dieting and exercising in an unhealthy way and since having children I have a much better mindset,” she acknowledged. “I eat what I want when I want… I also try to do pilates, but in the last couple of months we’ve been on the move, so it hasn’t been that easy. Running after an almost 2-year-old and a 3-year-old every day is the trick“, added sympathetically at the end of her response.

Michelle Salas, on her quest to make an impression at the Paris Dior Fashion Show
Next Article 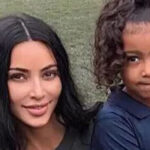