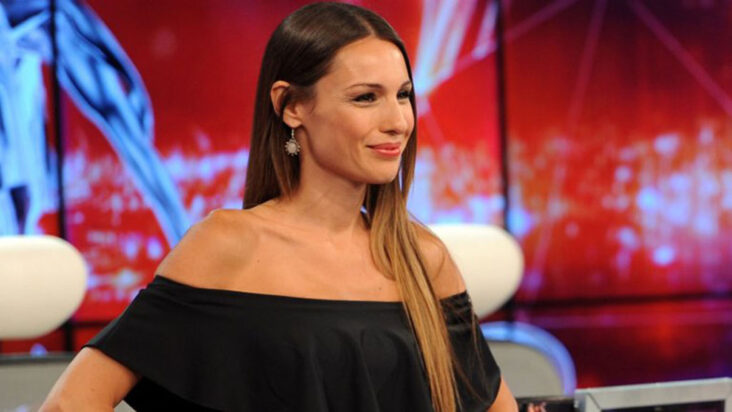 Twelve days have passed since Pampita became a mother for the fifth time. With Ana eleven days old, Carolina Ardohain returned to television; during noon, she recorded her return to the cycle that leads Pampita Online. At night, live, she occupied her chair as a jury of The Academy, the ShowMatch segment.

In one of the cuts of the Monday edition of Marcelo Tinelli’s program, where he showed his baby resting in the dressing room, the new mother took a few minutes to speak alone with Teleshow. He was happy with the latest member of the family and the relationship between her and her brothers and told her what the keys are to return to work in less than two weeks.

“We are crazy with love, in love with this little girl who came to fill with joy, and the whole family revolutionized kissing her all day long and enjoying her a lot!” She said with a priceless smile and added: “She has many brothers, a lot of arms, a lot of care, and is the queen of the house.” The first daughter of the Ardohain marriage with Roberto García Moritán has five siblings, three from her mother, Bautista, Beltrán, and Benicio, and two from her father, Santino, and Delfina.

The jury also assured that “she wanted to go back to television” and said that “Ana is excellent and sleeps very well,” which undoubtedly helps her to be able to be calm when they are not together. In addition, he listed other factors that make her soon return possible: “I have super flexible hours, I work one hour in the morning and two hours at night, so I have the whole day free to be with her.”

On the other hand, Robert, as she affectionately calls her husband, will accompany her every night to LaFlia’s studios in Don Torcuato so that she can fulfill her role as jury together with Hernán Piquín, Jimena Barón, Ángel de Brito, and Guillermina Valdes.

The businessman and candidate for legislator will be waiting in the dressing room taking care of the baby during life. “At home, he also accompanies me. He is an excellent father,” he summarized happily. 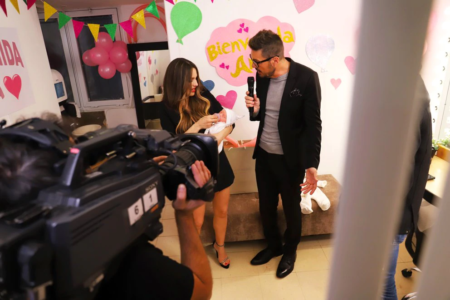 Unlike other times, the jury arrived earlier than usual at Don Torcuato, about five hours before the program began. In addition to Ana and her husband, an assistant accompanied her. The four of them were in the dressing room during the entire preview until Tinelli took advantage of the time that the production took to rearrange the floor for the pipe dance goes to meet the baby.

Upon arriving at the studio, she was surprised with the incorporation of Guillermina as a fifth jury, and she was seen to be very complicit, glances and talks quietly with Ángel de Brito. During the cut, he spoke with Teleshow about his new stage, and once the live program was over, he got up quickly and ran to the dressing room, where he was reunited with his little girl.

Last night, after the super duel, Tinelli went to look for Carolina, who was not on the jury stand, to the dressing room, and there she could meet little Ana- “Shh!” The model told him when she saw the driver as he entered. Thus the host congratulated the parents in a low voice: “Look what it is, for God’s sake!”

“Is he making you work at night?” Marcelo asked the candidate for legislator for the City of Buenos Aires. “Yes, we are doing it together. The drama is from three to six in the morning,” said Roberto. Then, the driver wanted to know how the brothers took the arrival of the new member of the family. “Happy, they fight to have it; there is no jealousy,” he confided. Still, with Ana in her arms, Pampita added: “She never cries; she behaves well. “At that time, Marcelo asked the new parents if he could take her to the study, but they preferred not to. “I came to keep it while Caro works,” said Moritán, to which his wife added: “In a few months, yes.”

Hours before giving birth, Pampita had done the program. “The doctor suggested that we go for a walk, and we were going to do it until he was born,” added Moritán, and she recalled: “I came from the program, we ate, we went for a walk after midnight, and the contractions began. The last two blocks, I saw that it was eternal. Finally, I couldn’t take it anymore. It already hurt. You could see that it was going to be that night that it was born”. In that sense, the businessman explained: “From the moment of labor until 3 or 4 in the morning, it happened very quickly. I had huge adrenaline, then it slowed me down a bit, and I slept until seven. After that, I sat down and fell asleep until he woke me up and said, ‘Any minute he’s coming.’ Finally, Pampita closed: “She is already the fifth daughter. I already knew what was coming.” 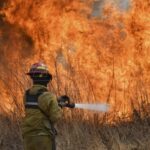 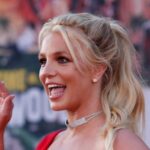