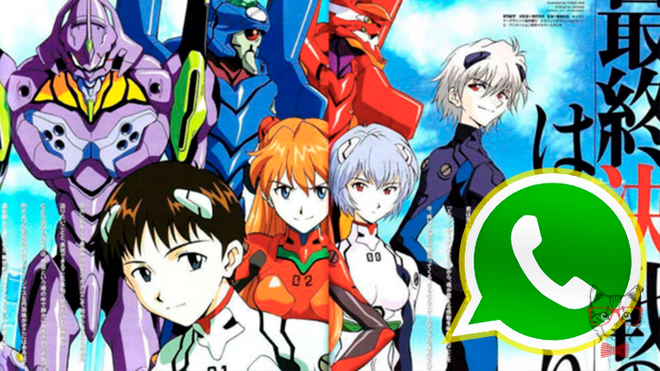 Know the trick to get all the special stickers of Evangelion

The ‘fans’ of the anime ‘Evangelion’ will be happy because not only will they see the series through Netflix, they will also be able to get their stickers on WhatsApp with this trick that we will show you. 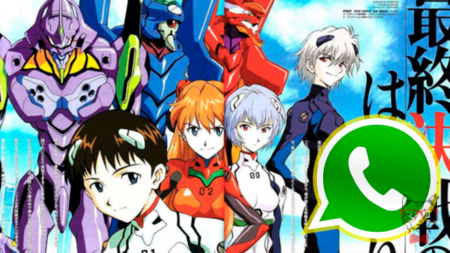 As is known, Netflix that the animated series Evangelion will arrive on the platform in 2019 and with it the fans have been more than happy since they will revive the story of Shinji Ikari in the fight against the “angels”. However, this is not all because to the surprise of more than one, WhatsApp has launched a series of stickers that are already available in the messaging application.

Thanks to this little trick you can now use the stickers of Asuka Langley, Shinji Ikari, Rei Ayanami, Gendo Ikari, Ryoji Kaji, Ritsuko Akagi and other characters of this famous Japanese series that will return to the television screens of millions of users thanks to Netflix.

Neon Genesis Evangelion or simply Evangelion, is a Japanese series that tells the story of Shinji Ikari, a young man who lives in a futuristic society in which a private organization called NERV protects humanity from the attack of “angels”, creatures who try to destroy the Earth. The series has millions of followers around the world and that is why I would have finally reached WhatsApp through the stickers.

Just a few weeks ago WhatsApp incorporated an interesting option that allows you to send personalized Stickers to all your contacts. This tool has already been used by millions of users who have shared funny stickers with all their contacts.
Well if you want to have all the characters of Evangelion in your WhatsApp and use them as stickers, you should follow these simple steps to include them in the application. If you are an Android user this trick is for you, first of all what you must do is to enter WhatsApp, press the icon of the emojis and then the icon of the stickers.

In this section you will see the stickers that you already have included in the application and here you must click on the “+” icon to access the Play Store and in it you must write Sticker Studio -Sticker Maker for WhatsApp.

This application has a simple interface and will allow you to create your own stickers, based on some pictures of the Evangelion characters. All you have to do is download the images to your smartphone and edit them in the application and then add them to WhatsApp.

To see the samples of the stickers you simply have to go to the top and slide the images from right to left. If you wish to have more information about this type of technological tricks and shortcuts, we recommend you to check our website every day. 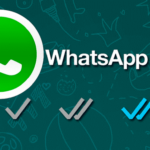 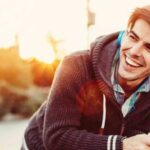