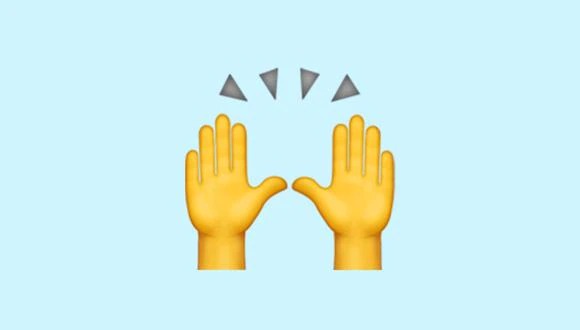 WhatsApp continues to gain popularity around the world. Through it, anyone, just by having an active phone number, can join a totally free conversation. In it you also have the possibility to send documents in word, PDF and even photos, videos, GIFs, animated stickers. Here we will tell you more about this useful tool.

But not only that. Currently WhatsApp is changing in order to improve the user experience. For example, you already have the tool that allows you to control who watches your photos or videos, in addition to accelerating the audio notes up to twice the speed.

In the application belonging to Facebook you can also use the various emojis that exist on your keyboard in your chats. Each of them has a different explanation and you need to know them.

Has someone ever sent you the raised hands emoji on WhatsApp? While this makes sense in some cultures, you need to be familiar with it to avoid future confusion.

WHAT DOES THE EMOJI OF RAISED HANDS MEAN IN WHATSAPP?

To know the meaning of this and other emojis that exist in WhatsApp it is necessary to resort to the encyclopedia of all emoticons: Emojipedia .

The icon in question, also known as Raising Hands in English, could be made in conjunction with the exclamation Banzai! in Japan.

This interjection from the Japanese language is used to greet someone and wish them long life and prosperity.

Raising Hands was approved as part of Unicode 6.0 in 2010 under the name “Person Raising Both Hands in Celebration” and was added to Emoji 1.0 in 2015. 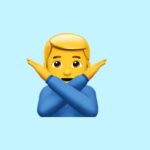 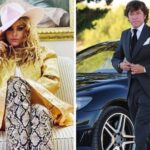