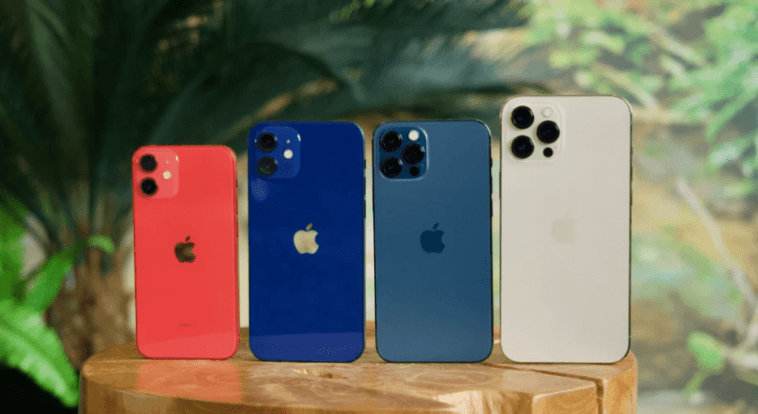 Apple’s event scheduled for September has finally taken place. Without a doubt, the stars of the show have been its new generation of smartphones: iPhone 13 mini, iPhone 13, iPhone 13 Pro, and iPhone 13 Pro Max. These last two models are precisely the devices that present the most novelties.

Both the iPhone 13 Pro and iPhone 13 Pro Max come with a better battery, a new triple camera system, and the new six-core A15 Bionic processor.

Likewise, the back of both Apple phones is made of glass, but it has a matte finish. For its part, the rear camera module is grouped in a glass square that forms a single piece with the coating on the back.

A feature that had already been announced by well-known leakers like Ming-Chi Kuo has also been confirmed. The iPhone 13 Pro and iPhone 13 Pro Max have a 20% smaller notch than we have seen in the previous generation.

The screen of the two iPhone 13 Pro is an OLED Super Retina XD S panel with up to 1,000 nits of brightness and whose refresh rate is dynamic, depending on the content on the screen: from 10 Hz to 120 Hz.

On the other hand, Apple points out that the mix between a larger battery, the efficiency of the A15 Bionic, and the adjustments in the operating system make the iPhone 13 Pro and Pro Max have 1.5 and 2.5 hours of extra battery life, compared to previous models Main specifications of the iPhone 13 and iPhone 13 Mini

The iPhone 13 and iPhone 13 Mini have a 6.1-inch and 5.4-inch screen, respectively. Both have 28% more brightness than their predecessors (1200 nits) and their notch that houses the Face ID and other components have slightly reduced their size.

The processor of the new Apple phones will be the A15 Bionic that has 15,000 million transistors, a 50% faster CPU, a 30% faster GPU, and that allows several improvements regarding the camera, battery, 5G, etc.

With regard to photographs, both teams have a double main camera (diagonal) that is composed of a 12 megapixel main sensor and an ultra wide angle lens, also 12 megapixels.

The new model of the famous  Apple Watch has been presented. The new smartwatch, officially known as  Apple Watch Series 7, comes this time with a much larger screen than its predecessors and durability not seen before in a  smartwatch of  Apple.

Rumors indicated that the  Apple Watch Series  7 would have a change in its design and it was. At the Apple event, the watch display was shown to have  40%  fewer beveled edges; that is, the reach of the display panel is edge-to-edge. Also, it will have 70% more brightness indoors, a significant jump compared to the old models.