A few years ago, Cristina López suffered an accident and was diagnosed with 58% physical disability. Since then, divorced and with a child, she was forced to move in with her parents to help her. “The doctor told me that she had a very strong medication and could give me a cardiac arrest.” To pay the mortgage, she decided to rent her house, but from that moment she began to “live a nightmare.”

“He doesn’t leave, he doesn’t pay me.” Cristina López tells that the tenant to whom she rented her apartment has been postponing the rent payment for three years. “The first shield that she used was to request Free Justice, arguing that she did not have enough money to pay a lawyer when she decided to go to trial.” This first movement allowed the tenant to be declared “in default” at trial. “Later, when her eviction plans were underway, she reported that the lawyer assigned to her did not adequately defend her, which prolonged the eviction even more,” she says.

The eviction scheduled for May 18 seemed like it was going to put an end to the misunderstanding between the two parties, but a week before, the tenant requested the vulnerability report that the Government launched during the pandemic. “This procedure can lengthen the eviction process for another six months,” she says.

But this is not the only case. The Platform Affected Occupation collects other similar ones such as that of María Luisa Lozano who, with a contract of 550 euros, has to pay 300 self-employed and does not receive the rent of her apartment because her tenant has been defined by the Government as “vulnerable”, despite the fact that he says that his tenant has obtained different jobs.

The organization complains that this type of tenant who does not pay the rent “is a new form of occupation that is not included in the data” and that those who suffer from it do not receive any help from the institutions. “There are subsidies for postponement, but we only have evidence that they have been applied in the Basque Country.”

For this reason, they ask for a change in the legislation that “protects the small owner”. In addition, the association claims that not everything stays there. “Apart from the lack of rent, we have to continue to face housing costs: gas, water, electricity or the tax on the community of neighbors.”

According to data from the Ministry of the Interior, Catalonia and Madrid are the autonomous communities most affected by the occupation. In 2021, the number of squatted homes in Spain reached 17,274, which represents an average of 47 daily cases of occupation. This also implies an increase of seven points from 2020 and shows that the trend has no intention of stopping rising.

THE REALITY THAT ESCAPES STATISTICS

The Platform Affected Occupation considers that these numbers actually “do not reflect the true dimension of the occupation in Spain” because there are cases such as those of Cristina López where the tenants do not pay the rent to the owners of the flats and because the raids suppose “a small percentage» of crimes.

Therefore, they ask the attention of the parliamentary groups so that legislative measures are taken that result, in some way, in protection against non-payment of rent and mitigate the continuous refuge that some tenants make in the ins and outs of the laws. The “tricks”, they expose, that they use have caused “the lives of some owners to worsen due to the psychological consequences of the continuous threats”.

In addition, they also urge the Government not to “approve the preliminary draft of the Housing Law as it is. A comprehensive law from housing to occupation must be included and, in the same way, we ask for measures to reverse the damage caused to all the victims because those in force in the legislation prolong the agony of the families affected by the occupation and make the system pay false vulnerable”, claims Ricardo Bravo, spokesman for the Platform Affected Occupation.

Bravo was also a victim of indirect occupation for eight years. «A mafia took over the entire block of flats when I lived in Cañada Real. The departments belonged to a bank”. Ricardo assures that “dealings and any type of illicit activities that can be imagined” were carried out in the flats. «There have been from shots to stabs. I couldn’t sleep or talk. I have been threatened with death.” The spokesman recalls that these illegal organizations take over the homes and then “rent or sell them because they know that justice is very slow and they can stay in the flats for up to three years.”

The association demonstrated in front of the gates of the Congress of Deputies on March 27 but now plans to focus on several cities in Spain to make the problem visible. The last of them was a casserole in front of the Móstoles City Hall on May 26, given that Platform Affected Occupation indicates that it corroborates that it is in the south of Madrid where the cases of “restlessness” have grown the most.

Bastian, five years old, kidnapped by his mother in Barcelona after seven false accusations against his father
Next Article 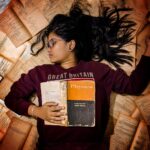