Armed motorcyclists murdered six people outside the Sor Juana Inés de la Cruz Elementary School, in the community of Barrón, in the city of Salamanca, Guanajuato.

The victims, two women, and four men were talking at a community meeting on Monday afternoon when the assailants shot them.

The subjects arrived at the town located in the northern area of ​​Salamanca, perpetrated the massacre, and fled.

Neighbors denounced the aggression to the 911 System, so municipal police, elements of the National Guard, and the Army are at the scene.

According to previous data, some of the victims are students and older adults, and minors.

Five high school students who were returning home after leaving classes died in the armed attack recorded on Monday afternoon in the community of Barrón, in the north of Salamanca, where another person was killed.

Several of his classmates observed the armed attack and entered an emotional crisis, for which they receive psychological care from specialized personnel from the Guanajuato Secretary of Education (SEG).

Three of the victims are 17-year-old women and two 17- and 18-year-old men, and a 65-year-old woman who died on the site, reported the State Attorney General’s Office (FGE).

The Secretary of Education of Guanajuato, Jorge Enrique Hernández Meza, lamented the death of five students from the Barrón Telebachillerato incorporated into the Virtual University of the State of Guanajuato (UVEG).

“We have been in contact with the three teachers of the institution who are very shocked, with the families, with the students who were on one side of the events who were severely affected.”

The community telehigh school in which the young people deprived of life studied remained closed this Tuesday and there is still no certainty on what date classes will resume, while the streets of towns reflect little mobility due to the terror suffered by the community.

He said that the mayor of Salamanca offered material support for the bereaved, while the SEG provides containment support. 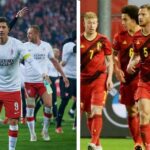 Belgium vs. Poland: At what time and on what channel to watch the match for the League of Nations LIVE?
Next Article 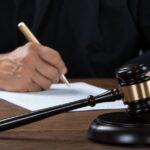