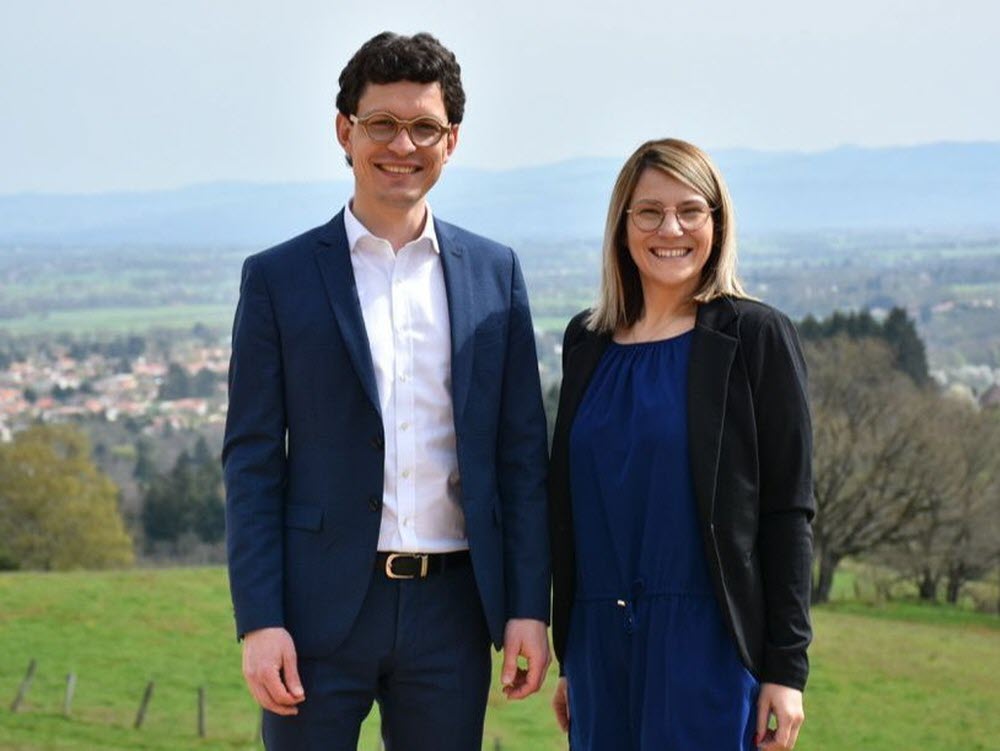 The course of the evening, seen from the Roannais apartment where Antoine Vermorel-Marques had gathered his relatives and a handful of active campaigners, did not look like an Alfred Hitchcock film. From the first results that reached him, the candidate Les Républicains, without wanting to show it, quickly understood that the fate of this second round would be favorable to him. Commune after commune, office after office, the gap has widened with the outgoing deputy, Nathalie Sarles. 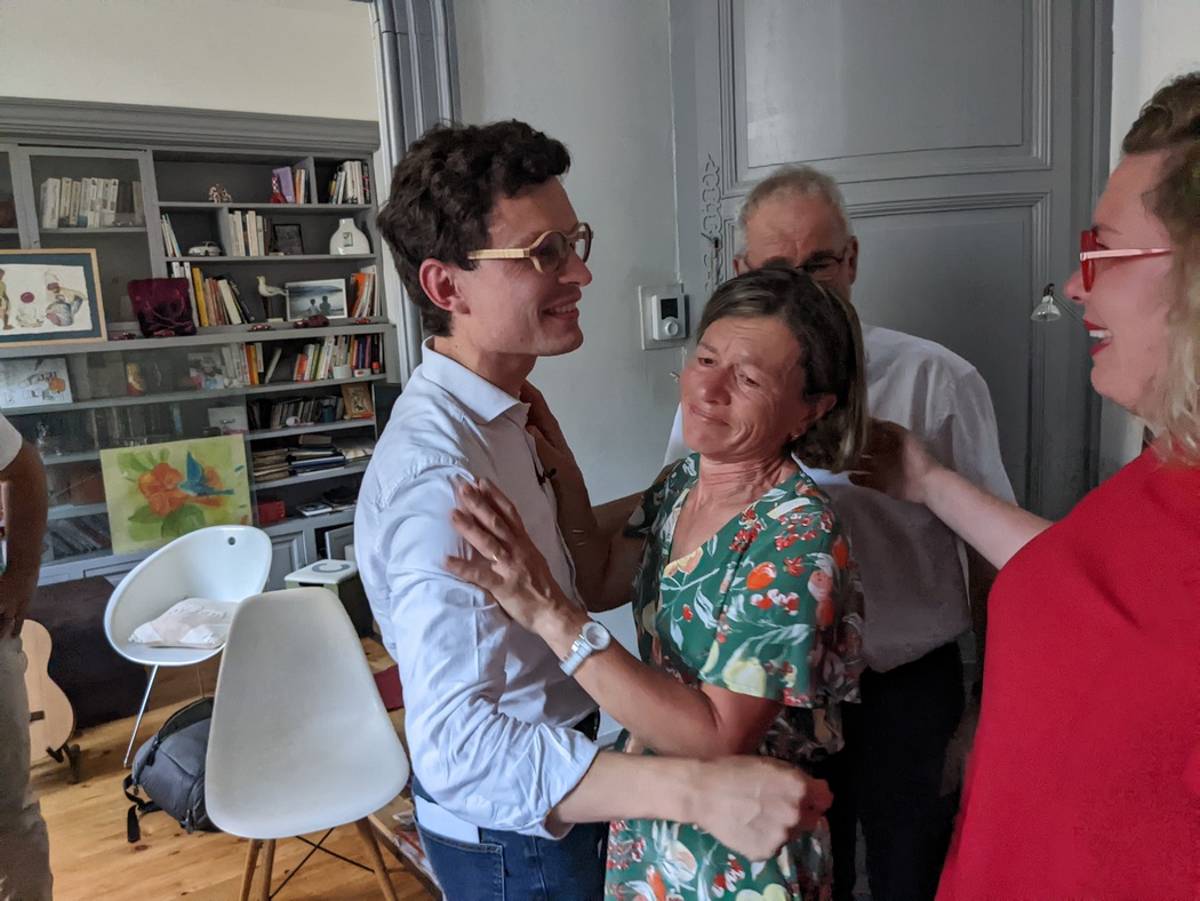 The grand slam of the 91 municipalities of the fifth constituency was not far away.

In Charlieu, a town whose deputy Nathalie Sarles, Bruno Berthelier, the two finalist candidates obtained exactly the same score: 441 everywhere! Otherwise, in all the other municipalities, the voters placed Antoine Vermorel in the lead. It is therefore without sharing that the young – 28 years old – departmental councilor of the canton of Renaison has imposed himself in the four corners of Roannais, whether in the rural sector, as expected, but also in the agglomeration, in communes like Roanne, Riorges, Le Coteau and even Riorges and Mably, communes cataloged on the left.

Beyond the ranking, the gaps appeared impressive almost everywhere, in proportions that were hard to imagine. The voters who mobilized therefore did not decide to grant a new mandate to Nathalie Sarles and on the contrary voted for the Renaisonnais, whose first elective mandate dates back to 2020 (municipal councilor in Renaison, before becoming a departmental councilor for the Next year). It is finally with 62% of the votes that the young deputy is elected.

Since the beginning of his political career, Antoine Vermorel-Marques has undertaken to plow the territory. He used the same method for this legislative campaign, multiplying public meetings, unlike his opponents. Winning method for an election in the form of a plebiscite.

“The task incumbent on us, on Fanny Fesnoux and me, is very important. It consists in representing, in the next five years, all the inhabitants of Roanne, whoever they are, wherever they come from, and of course whatever their label. Our generation has a responsibility to rebuild the right and politics, given the number of abstainers, blank and invalid votes. It is an important responsibility.

What made the difference was sincerity and frankness. It is also fieldwork. We defend the value of work and we have applied it since the start of the campaign. We went to the 91 municipalities and today we are in the majority in 90 of the 91 municipalities (ex aequo in Charlieu). People felt our desire to fight and better represent the Roannais in Paris.”

“It’s a stinging defeat. At the national level, we were not helped during this campaign. Our president no longer suits the French, and suddenly, I do not understand why they re-elected him in April. They have elected a president and do not wish to give him a majority so I ask the question: what happened during these two months.

At the local level, for three years, Antoine Vermorel has been campaigning and weaving his web. Very intelligently, he had a winning strategy. I’m going to give him my Republican congratulations. On the other hand, when you’re in politics, you have to have ethics. And I think he doesn’t bash ain’t my way. The LRs, on the Roannais, have always carried out smear campaigns. I am not made of this temper.

Did I make mistakes? Yes, of course, it will take me time to analyze all this. We were arch-solicited to be present in Paris, all the time. I am a good student so I went to the Hemicycle when necessary. And I did not go enough on the ground. Even if I went there as soon as I was there (in the constituency, editor’s note), my diary bears witness to it.

Antoine Vermorel, Nicolin’s clone, I didn’t think he would have so many RN voices. But with his very reassuring speech, he is a man of the hard right. I fear that all this illustrates the collusion between the right and the extreme right. When I see that the RN is very high at the national level, it really worries me.

What will become of Nathalie Sarles?

“I’m going to rest this summer because I gave a lot. And after that, I’m going to go back to my job as a nurse. Because I love my job and I would like to end my professional career on a very human side.”

Is she ending her political career?

“I’m 60 years old, I’m not going to stand for re-election in five years. It has to be the young people who get involved, not me.”

“We are disappointed because we expected a completely different result. But we were faced with a team around Antoine Vermorel and the mayor of Roanne with human and financial resources far superior to ours. This communication campaign, which has not always been in the rules, harmed Nathalie.

Five years ago, the people of Roan chose a member who looked like them, who had had different professional experiences and difficult times. Today, they want a totally different profile, it’s a little complicated to understand.

One of the questions in this election was whether old-fashioned campaigning was still effective. We see that yes. The media hype, emails, and individual letters are carried in the minds of people.

The score at Charlieu, a personal snub?

“No, because it’s a different election. We had only 40% participation. This result, we see it at the national level, is anti-macronism. The French, specialists in change and veganism, we’re unable to do so during the presidential election. So this clearance, they do it in the next election. It’s more anti-Macron than a rejection of local candidates.”

8:45 p.m.: Nathalie Sarles in front of her activists: “We are not political professionals. We do not belong to a political barony. 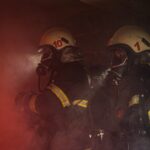 Landes: 200 hectares of pines burned towards Saint-Justin, the fire is contained
Next Article 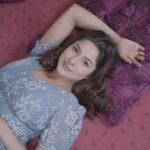